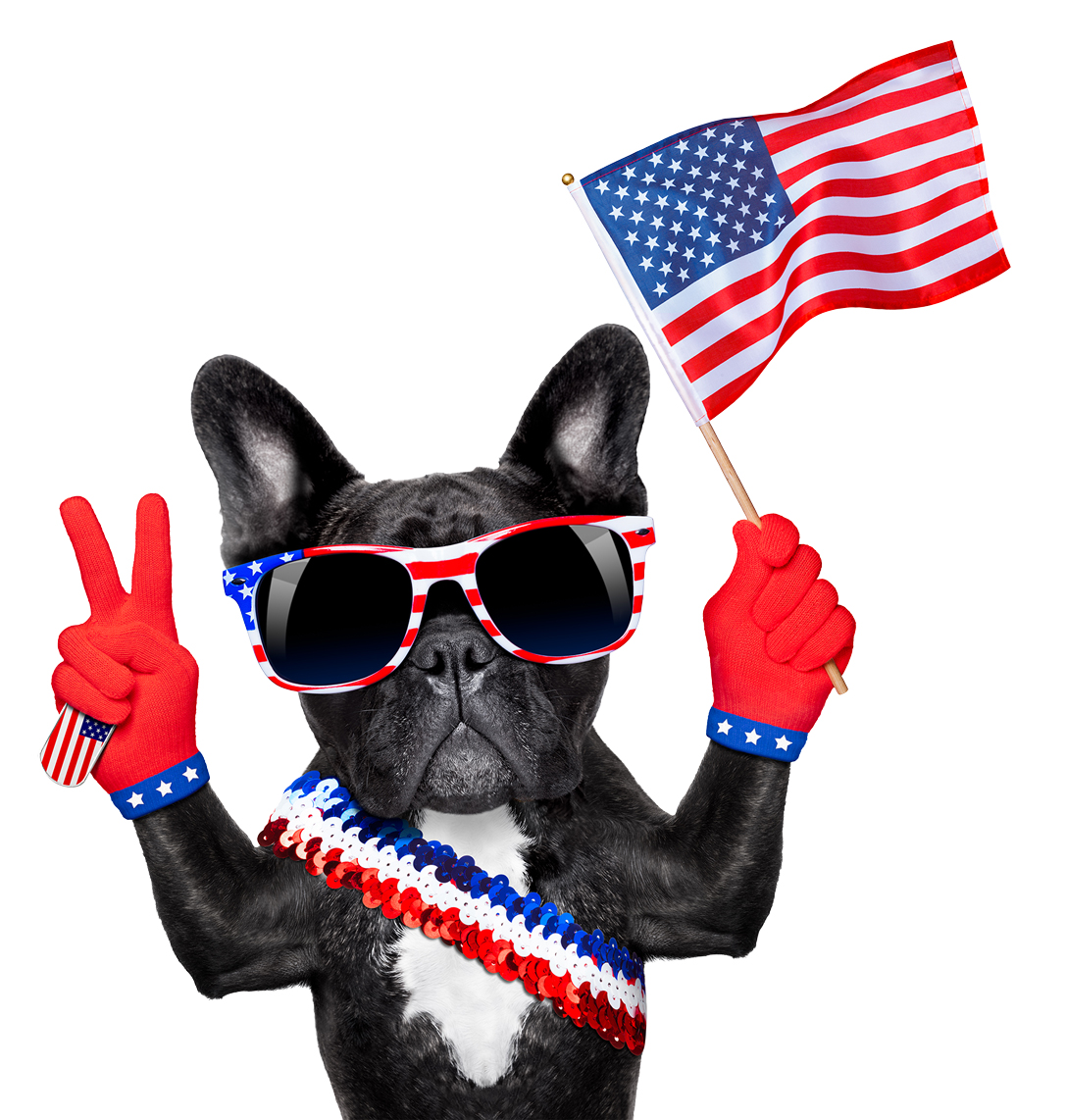 First and foremost, I would like to state that, like many Europeans, I would rather have Bernie Sanders for president president than Mr. Trump. But everything better than the all consuming power prostitution of ecocidal GMO-companies, the neocon/PNAC war machine & mongering and the total political corruption, Hillary Clinton stood for. That aside; in this article, I would like to profile a rather odd and remarkable segment of the astrology of 7 and 8 November.

No exclamation was heard more frequently these days than Oh no!, in response to the sudden victory of Donald Trump. Surprisingly, as the mainstream was against Trump and he had only 70 campaign workers who had to resist the 700 employed by opponent Hillary, who was widely supported and pushed forward by all of the American and European mass media and European politicians. Hillary, sponsored by almost the entire weapon industry, also represented the open wound and blind spot of the USA, a nation which presents itself as the champion of freedom, civilization and democracy, while the practice consists of 201 illegally started wars and military conflicts since WW2, with 30 million deaths since the end of the cold war. All of them in the service of geopolitics, the weapon industry, Big Banking and Big Business interests. Over 90% of the 30 million victims of American aggression are children, women and civilian men.

With the USA horoscope itself, updated, so let’s say with a few hundred asteroids, Plutinos, SDOs and Centaurs embedded extra in the chart, you could easily fill a book of 1,000 pages. Here we limit ourselves to just one asteroid. The one with the closest link to the election Oh no’s of November 2016. We take a short look at asteroid 5180 Ohno in the charts of the USA, Trump and Hillary Clinton. First a little about Ohno and its meaning in a chart.

[to stand up for something good; something suddenly halted by means of a media campaign; The Oh no! effect]

Ohno was discovered on April 6, 1989 and named in honour of Keiko Ohno for her activities in promoting the public awareness of the study of astronomy and space science. As a software developer she has produced many computerized planetarium programs. During its discovery Ohno was conjunct the star Spica and the asteroids Bowell / Starr / Savage at midpoint (from two triangles) Varuna | Manwe. Ohno had its discovery-Sun conjunct Venus / Eris / 1996 TL66 / Lucifer. The discovery chart shows Ohno in Libra in the opposite sign of its discovery-Sun in Aries, which suggests an ambitious energy. 1996 TL66 in this context indicates a long, thorough preparation, which will culminate one day into a discharge, by means of a whistleblower like (media) action to set things straight. Just like asteroid Toro, Ohno is one of those asteroids which strongly empowers a meme or long existing, daily fueled, thought form, in this case the semantics of Oh no!, and earths its psychospheric contents in strong aspects and during strong transits. Its features are: to resolutely and idealistically stand up for something, to conduct a battle that receives the sympathy of the public while one’s opponents perceive it as a horror scenario; something suddenly halted, prevented or hindered by means of a media campaign; whistle-blowing, especially regarding harmful technology, technical or chemical methods or products or misbehaviour of industrial companies; to expose, break or eliminate bad contracts, partnerships or legislation; to cause a shock wave in the established order; The Oh no! Shit!–effect. The orbital period of asteroid Ohno is 3 years and 256 days. 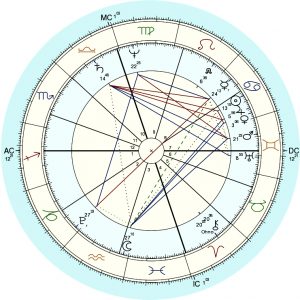 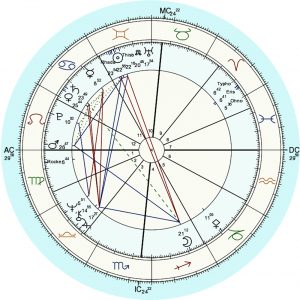 Let’s have a look at the most simple display of the chart of the USA. Ohno is almost minute-exact conjunct Chiron [open wound, blind spot] in the 21st degree of Aries in the fourth house [USA, national politics] and sextile to Chiron/Ohno is its house lord Mars in Gemini in the seventh house [partners & public enemies]. On the day of the elections and the morning after (7 and 8 November) the Centaur Cyllarus [identity chaos; racism; protectionism; financial strategy] squared the wound / blind spot of the USA (Chiron conjunct Ohno), transiting in 21 Cancer [the sign of the common man, the native] in the house of death and transformation, while Pallas [politics] sextiled the wound/blind spot in Aquarius [push boundaries, autocracy-democracy two face]. There are many, more important aspects in action, at the same time, including revolution heavy weights as Pluto [transformation by implosion] square the USA-radix Saturn [status quo] and Orcus [severe integrity testing] square the radix-Uranus [renewal, independence] but in this article we stick to asteroid Ohno.

Donald Trump’s birth chart shows Ohno conjunct Eris [stand in the battle and hold position to the very end, despite overwhelming resistance] and Typhon [in-fighting by an outsider and penetrating a closed system] opposition Neptune [illusion, visual representations] and inconjunct millionaires / billionaires-asteroid Rockefellia. November the 7th Trump materialized this aspect cluster as a billionaire (Rockefellia), opposing his media demonised image (Neptune), despite great resistance (Eris), and fights his way into the American political ivory tower (Typhon). Immediately setting the record for being the oldest elected US president in history and the number Oh no!-screaming opponents (Ohno), both at home and abroad. Interestingly Trump’s Sun, in the house of public action, is conjunct Thisbe [suicide] and Rhadamantus [play the judge]. Trump, immediately after being elected, announced that he would replace twenty members of the Supreme Court, and also immediately after his victory, the first internet pages appeared suggesting he might end the same way as President Kennedy.

And… what about Hillary? Well, Hillary was born with a Saturn/Ohno conjunction; trine Mercury/Ascendant. Had she won the election, everybody on this planet who didn’t share her warm enthusiasm for a nuclear war with Russia or TTIP-protected ecocidal companies would have shouted Oh no! even harder than the opponents of Trump. During the elections and preceding campaign period Hillary had her progressed Ohno exactly conjunct the 8th house cusp and strive planet Mars [Oh no, I’m dead!] while her radix-Ohno was trined by Uranus [the unexpected Oh no!] squared by Toro in Scorpio [squeezing the Oh no! out of her throat]; squared by 1998 TB in Taurus and opposed by Cacus/Damocles [Oh no! linked to integrity screening and all the shit that surfaced – thanks to Wikileaks- causing a severe and chaotic state of anxiety]. Two of Americas most prominent Oh-no!-figures competed during the 2016 elections with one of Americas most historical Oh no!-moments as a result. But…, it was all written in the stars… ♦ 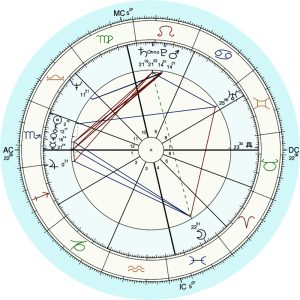 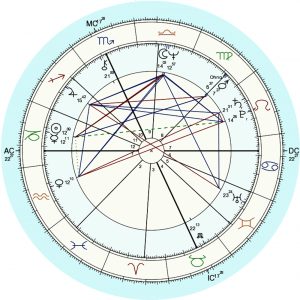