Dziewanna in astrology is a puzzle that puts many practitioners of new astrology on a side track. This is mainly due to using the myth of the newcomer too literally as a base for its interpretatation. Dziewanna (asteroid 471143), with provisional designation 2010 EK139, was discovered on March 13, 2010 by Andrzej Udalski, Scott Sheppard, Marcin Kubiak and Chad Trujillo at the Las Campañas Observatory in Chile. The discovery was made during the Polish OGLE project of Warsaw University. Based on its absolute magnitude and assumed albedo, it is very likely a dwarf planet with a calculated diameter of approximately 470 kilometers. 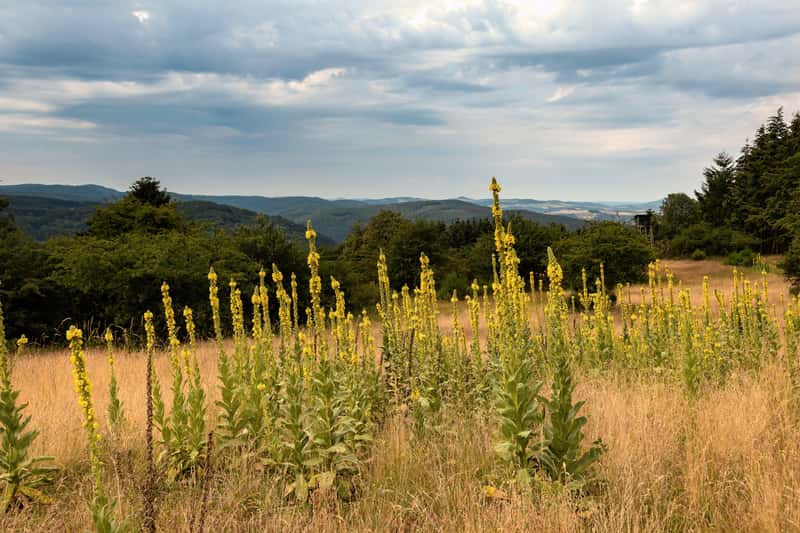 Dziewanna in astrology is a complex object to handle. In (Polish) forensic astrology it can denote a flower baring the same name or a mythological figure.

The Minor Planet Center classifies Dziewanna as an SDO/Extended Centaur, while Marc Buie of Deep Ecliptic Survey suggests a 2:7-Neptune resonant, based on a 10 million year computer-simulation of Dziewanna’s orbit.

The object was named after Devana or Dziewanna, supposedly a Slavic goddess of the wilderness, forests and the hunt. However, mythologically Dziewanna is a controversial subject. The common theory describes her as the Slavic equivalent of the Roman goddess Diana, and Greek Artemis, mentioned by 15th century Polish historian Jan Długosz in Annales seu cronici incliti regni Poloniae (History of Poland). Her name, though similar to Diana’s, is apparently derived from Slavic word that means ‘virgin’ or ‘maiden’ (dziewa, dziewica) or else from the Proto-Indo-European root dewas (“god, wonder”).

Yet, most of contemporary scholars don’t regard Annales seu cronici incliti regni Poloniae as a reliable source on Slavic mythology and have doubts about existence of such a deity in Slavic pantheon. Yet Sir James George Frazer tells us that an effigy is carried in from the woods, “which goes by the name of Summer, May, or the Bride: in the Polish districts it is called Dziewanna, the goddess of spring.”

More complete is Wilhelm Mannhardt (Frasier borrowed at lot from this German author), who is skeptical to about Dziewanna being the equivalent of Diana/Artemis because of a likely confusion of ritual puppets of straw representing fertility daemons or their related seasons with goddesses in the context of the Christian persecution of pagan beliefs and their symbols, icons and rituals. Within this context, in Podlachien (north-east Poland bordering Russia) Totensonntag had been introduced.

This “Sunday of the Dead”, also called Ewigkeitssonntag (Eternity Sunday) or Totenfest, is a Northern German and Dutch Protestant religious holiday commemorating the dead. It falls on the last Sunday before the First of the Sundays of Advent (i.e. always on or between Nov. 20 and Nov. 26), and it is the last Sunday of the liturgical year in the German Evangelical Church and the Protestantse Kerk in The Netherlands. Where it is marked, such as in Berlin, it replaces All Souls’ Day (Nov. 2).

A straw puppet of Marena (Mamurienda, Muriena) was carried to a pool or swamp and ritually “drowned”. The first Christian Polish ruler Mieszko c. 930 – 25 May 992) who ruled Poland from about 960 until his death had ordered an alternative Death Day on March 7 each year for the destruction of pagan images and statues. Dziewanna and Marzanna are mentioned in a similar context:

It is possible that Dziewanna and Marzanna could have been two faces of one goddess, the lady of life and death at the same time; similar analogies in other Indo-European beliefs (such as Kora-Persefona or two faces of Hel) may indicate this, but the lack of source data makes it impossible to draw such conclusions.

To make the confusion complete: Another name of Devana is Ciza, whose etymology is traced to the Slavic root *cic or *cec, meaning the mother’s breast. Under the name variations Dzydzilelya, Zizilia or Didilia, she is known as the goddess of love and wedding, fertility and infancy among West Slavs; this name is explained as meaning “she who pampers babies” (cf. dziecilela), and with these functions she is compared to the Roman Venus or Lucina. Devana has been regarded as a manifestation of the great goddess Rodiva–Deva, especially in her terrestrial fertile aspect, and as such compared to the Germanic Nerthus.

Dziewanna is a very difficult force to handle. In a positive sense one can gain a profound understanding of the chthonian reality, witchcraft, male-female-metaphysics the sexual charges in nature, i.e. something the Andalusians call the duende. Because a strongly placed Dziewanna gifs a tendency to melancholy, it it very important to cultivate the “Why so serious?” and the atman-connection as the core of the self and personality, especially because this object is strongly Taurean (with Sun in the discovery-chart conjunct Sedna and the fixed star Zaurak) and therefore easily prone to aggression from anyone or any force or trend that experiences wholism in thought and feeling as a threat to the functioning of their own short-cut-mindframe.

Yet the bulk of Dziewannas’ influence centers around: Life/death issues (also on emotional level), fate, fatalistic tensions, emotional cold shower, confronting, being condemned or harshly judged, the dictatorship of the conservative majority, social deformations, wounded or repressed female identity expressing itself deformed or misplaced due to circumstances, feeling intrinsically cursed, fighting against people with no contextual or connotative intelligence, extreme or “herculean” infighting at all costs, being forced to produce something outstanding original by means of survival, which turnes out to be unsatisfying after all, suicidal thoughts, feeling crushed, cancer caused by the suffocating harshness of others or untouchable systems, cancer returning after healing, destroying something delicate and good, highest degree of difficulty, chthonian forces, agricultural rituals and traditions, witchcraft (good or bad), winter turning into spring or spring turning into winter, misuse of sex to channel emotional wounds, sexual contact with earth, spring and nature, not getting noticed or understood, destruction of something which took decades to build or harvesting nothing but sadness when one should feel proud, satisfied or victorious after much painstaking work and sacrifice, getting pissed on by the crow for doing good, the constant threat of getting isolated as a chronic source of stress, hypersensitivity as a curse with erotic or sexual expression as a cure or relief, painfully taking ones responsibility, the awareness that power isolates, makes cold and thus is the universal human booby trap and in a paradox the cure fore not getting harassed by others, (sexual) skeletons in the closet.

Due to its extreme discovery-chart, with players like Sun trine Typhon/Logos, Sun conjunct Sedna/Sethos opposition Echeclus, Damocles square Sun, Taurean dept-psychology, an overheated Venus (conjunct the explicit sexual asteroid 1998 XB) and an overcharged ambition (nodes opposite Black Sun on the Diamond, discovery-position Dziewanna opposition Sun, Mars in Leo on Balbastre), Dziewanna is one of the most, perhaps the most difficult object to deal with. Almost every vibe this SDO emanates seems cursed in some way. The House Dziewanna occupies in the birth-chart is often a pain spot.

In Polish forensic astrology Dziewanna could point at Dziewanna drobnokwiatowa (Verbascum thapsus L.), a yellow flower associated with the goddess or a (chronic) physical complaints directly related to the zodiacal degree Dziewanna is in and the body part or organ which is ruled that degree in relation to pain, frustration or sorrow of the “Dziewanna-kind” as described above. The orbital period is about 592 years and 8 months.

You can calculate Dziewannas position in your own birth chart, and follow Dziewannas actual transits and aspects at serennu.com