Sundsvall (asteroid 6796) was discovered on 21 March 1993 by the Uppsala-ESO Survey of Asteroids and Comets (UESAC) and is named after the city of the same name in Sweden. The asteroid measures 11.07 km in diameter. Sundsvall can mean as much as healthy grassland, healthy ley. In astrology, asteroid Sundsvall refers to the interaction of the place where one stays on well-being and health. Sundsvall links location to energetic climate and psychosphere.

The Swedish town of Sundsvall in 1700

Each area has its own energetic-psychospheric homeostasis. This is called the genius loci. A genius loci can also be the country spirit as an overarching atmosphere. For example, the atmosphere of Germany is very different from that of the Netherlands or Italy, etc.. Sundsvall would be an interesting addition to astro-locality-mapping techniques. The Latin term genius loci literally means “the spirit of the place”. 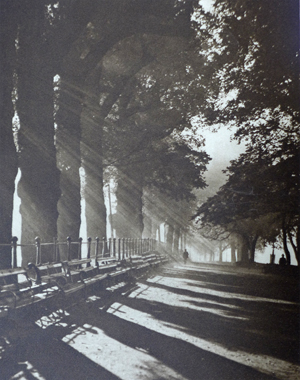 Sundsvall in astrology is mainly about the genius loci, the specific mood of a certain location

In Roman mythology, spirit originally meant a protective spirit (genius), which was often represented in the form of a snake. In Roman antiquity, the term genius loci referred not only to religious places such as temples and places of worship, but also to secular areas such as provinces, cities, squares, buildings or individual rooms within these buildings.

In the tradition of monotheistic Christianity, the term spirit is defined differently, as a spirituality that cannot be precisely defined. In this sense, genius loci describes the spiritual atmosphere of a place, which is supposed to be shaped by the spirit of the people who have lived there or are still living there. For example, the genius loci of Maulbronn Monastery is a central theme in the works of Hermann Hesse (especially in Unterm Rad und Narziß und Goldmund).

The aura of a place

In architecture and spatial planning, the term also refers to the structural specifications and characteristics of a location, which can have a decisive influence on the design. For each plot of land is first defined by its location and embedding in its surroundings, from which it gains its value, its character and its possible uses.

But the genius loci is not only made up of the condition of the ground, the size of an area and other measurable factors, but also contains the atmosphere and aura of a place. In this sense, the genius loci is a construct in which knowledge, memory, perception and interpretation merge as an interpretive achievement of the human mind.

The genius loci is often included in the design process of a building in order to achieve an unusual development with its own character and ambience. It plays an important role in architecture, especially when it comes to the integration of historical building substance, when it comes to picking up on the connecting points offered by a location and transferring them into the future, for example in the structural rededication of old church buildings. Recent architectural theory has attempted a systematic analysis of the connections between buildings and local references.

Other links to Sundsvall in astrology

I have a strong suspicion that Sundsvall can also indicate a strong interest in or the coming on someone’s path of the phenomena, leylines, earth rays, geopathology, qi-gong, meridians and other aspects of natural energies; possibly also dowsing-rod walking. The orbital time is 4 years and 1995 days.