Asbolus is a newcomer in astrology. Very little used yet, but at least as complicated and  intriguing as Chiron or Nessus. Asbolus is dark, gothic and deep! 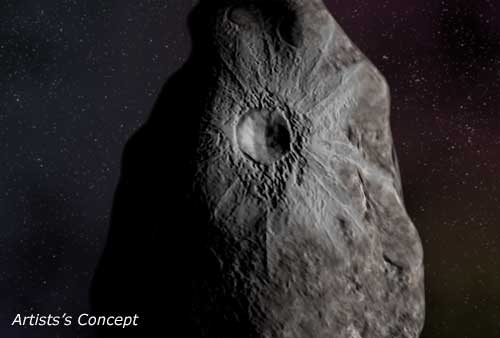 Astrological meaning:
soot, what is covered or gets stained or polluted by soot; negative creativity or creative negativity; something inhuman; horror, horrifying situations; the Satanic in both the perverted and metaphysical sense; a heightened consciousness; strongly rooted; root chakra awareness; increased awareness of privacy and personal boundaries and intuitive alertness of everything that may threaten the privacy and personal integrity;  forebodings; an extreme sense of smell; the border/bottom line of the cognitive awareness; the reptilian brain; the boundaries and bottom line of cognitive awareness; confrontations that require a radical change of thinking and attitude to improve one’s status break through a farce and reboot the flow of one’s individuation process (With Phoenix).

Asbolus (asteroid 8405) was discovered on April 5, 1995 by James Scotti and Robert Jedicke and measures 66 kilometre in diameter (Jet Propulsion Laboratory observation 2016). The Centaur has a large impact crater and is named after the mythical Centaur Asbolos because of its dark surface. The Greek Ἄσβολος means sooty (or carbon dust). Asbolos was the seer under the Centaurs in Greek mythology, whose correct warnings not to fight the Lapiths were ignored. In contrast, he later provoked a bloodbath in which the centaurs Chiron and Pholus met their deaths at Heracles’ hands. Asbolos was crucified by the demigod, who shot arrows through his limbs. Because of his sight, he was described by Hesiodes with the nickname oiônistês (augurist – someone who predicts the future from the flight of birds).

Asbolus is a heavyweight in the horoscope; sombre, pessimistic, with a lot of depth – but tangled in a vortex-like manner of information processing – making someone with a strong dominant Asbolus usually having a lot of trouble receiving advice or compliments from others. This is in essence a negative side effect of Nick Anthony Fiorenza’s association of Asbolus with privacy awareness and a heightened intuition concerning threads to one’s privacy. Within this context and connotation Asbolus easily goes over the top, exaggerates personal boundary control and isolates itself by doing so unnecessarily. This, in turn, results in, not only a blocking of the negative influences out of protectionism, but of the positive influences as well.

Asbolus has a strong link with an abnormal sense of smell, the darker niches of the occult, divination and, especially when afflicted, the Centaur seems to make one feel cursed in a way, by putting a damper on hope and life in general, thus replacing passion with feelings of heaviness, of being overshadowed.  Then Asbolus becomes a pair of eyes, glowing in the dark, searching for the light. When stuck in this worst case scenario, only radical self integrity and Vajrayana consciousness show the way out.

The Centaur’s discovery horoscope is under a heavy influence of Orcus, Black Moon and asteroids with bridge functions to the paranormal (Sun conjunct Flammario, Summanus and Cerberus; opposite Nyx; sextile Moon/osc. Black Moon) with strong positions for Sundsvall, 2001 SQ78, 2001 UR163, 2005 UJ438, Lilith and Galahad. Venus is conjunct Sethos and Neptune is frustrated by a conjunction with the suicide asteroid Thisbe.

Six different ways Asbolus can work in a horoscope

The deeper meaning of soot

Soot is what is left over after something is purged by fire or – psychologically – the Fire Element. It doesn’t rise (no enlightenment) but drops (is thus bound to concentric force; gravity). From a metaphysical point of view, it corresponds to, or represents – in a material form – the domain of Yin. Ontologically and sociologically it relates to the root of individualism, technology and in the worst case murders. Theologically (both from the standard and the Miltonian point of view) it relates to the figure of Satan. We find the link soot & evil in Monty Pythons Time  Bandits and the Chassidic story of the Ba’al Shem Tov and the Charcoal burner.

Asbolus’ “soot” is beyond the boundary where concentric forces, like most Plutino’s, are very strong and trigger transformations and deep changes in consciousness.  Asbolus’ “soot” lies in the area of total helplessness, the desolate, the bottom of the pit, waiting for external help from the camp of human kindness. Soot consists mainly of amorphous carbon particles. Carbon is the basis of biological life and its evolutionary outcome in human consciousness: individualization – thus subjecting the objective mind (the divine, transpersonal, and impersonal). Soot is mixed with carcinogenic PAHs, which associates it with aggressive growth, cancerous processes.

The geopolitician Zbigniew Brezezinski, an important player behind the scenes concerning American warfare and the abominations in connection with that, had Asbolus in the border dissolving sign of Pisces conjunct Typhon / Pest sextile 2001 FL194 / Logos (charismatic Logical Reasoning). Georges Bataille, highly exaggerated nicknamed The Philosopher of Evil, had Asbolus conjunct Venus, and worked within a completely different vibe of this Centaur, which was appreciated by many of the people and artists he inspired, by being a taboo-breaker within the Venusian zone of eroticism. Dani Filth, singer and lyricist of the very successful gothic metal band Cradle of Filth has Asbolus in Leo, conjunct Amun (ambition) / 2004 EW95 (penetrating vision) / Sparks (glitter). He has a skeleton under a glass plate in his kitchen and a lot of humour when interviewed. Asbolus is richly represented in the scene of horror writers and filmmakers, Gothic and Black Metal artists and fans, and does little harm there. Philip Sedgwick finally associates Asbolus, in addition to the well-known associations, with omens, sensors and abstract logic. Asbolus’s orbital period is 76 years and 168 days.