Centaurs in astrology and the refressing necessity of chaos

Centaurs in astrology deal a lot with blind spots, wound, the the fringes of society, excesses, those aspects of life beyond the default safe zone in the realms of the inner, often unconscious conflicts in the soul. 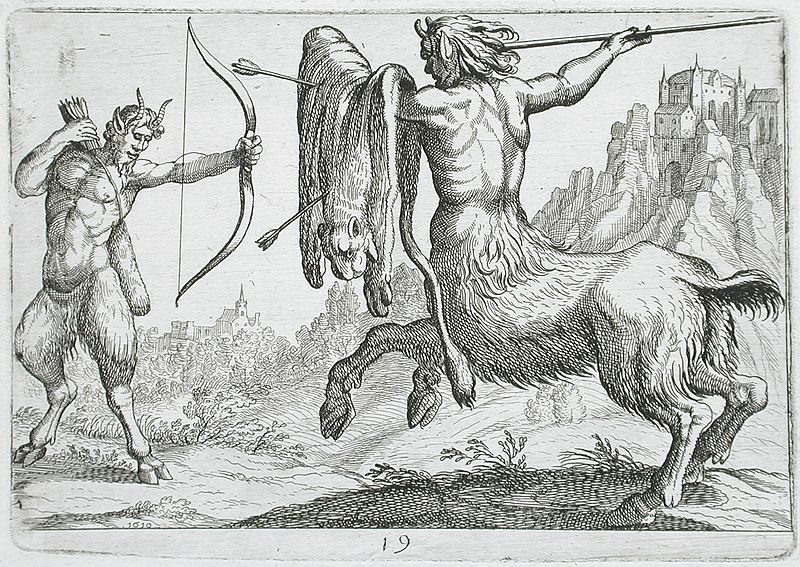 Battle between Pan and Centaur

Perhaps a full acceptance of life as it is lies in the acceptance of a structural dissonant between ideal and reality. In both a strange and understandable way we all yearn for a perfect life in a perfect world. Yet both our daily lives and the realms of our psyches are constantly confronted with obstacles, blind spots, wounds and riddles, we have to overcome and solve to continue our course.

Every astrologer knows this never ends, due to progressions and transits, solar returns; the full bitter sweet catastrophe. And then there are Mercury retrograde and Moon Void of Course doing their own thing. The use of centaurs in astrology makes it even a bigger challenge to tackle the chaotic.

If life was perfect and everything was perfect there would be nothing to challenge our creativity, and worse, we wouldn’t need each other. So love, social intelligence and human kindness would simply disappear. That’s one philosophical annotation. Another one aims at the artificial imperfect.

Postmodernism with its rat race, its efficiency cult, and its oligarchic, mediacratic, ochlocratic and technocratic government has created a template for daily life, that is particularly receptive to heavy, conflicting and harsh energies. Quite contrary to a “life-template” based on nature and living in synergy with nature, or a “life-template” based on a truly progressive human, intelligent civilization.

The template we build our society on is a very strong influence and colours or distorts the way the influences of planets, asteroids and other forces touch us. A bit in the same way a person with a pro-active, optimistic nature will deal with a nasty Plutino conjunct his radix-Sun in transit much more flexible and fruitfully, than a terminal pessimist with a totally dependant attitude. Astrological influences are never neutral, but quite substantially cling to the Heisenberg-principle. 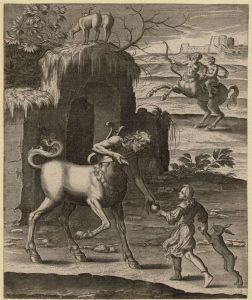 Templates whether on a large scale or just as a mind frame in our own head are rigid things in a dynamic environment, both evolutionary (linear developments) and involutionay (Macrocosmos tickling Microcosmos). This is asking for trouble and one class of the 15 classes of asteroids I catalogued in my book Asteroïden-Gids (first part about Centaurs, SDO’s and Damocloids is almost ready in the English translation) is the notorious class of the Centaurs. I described the astrological meaning of 40 Centaurs, including all the named ones and 19 which are only determined by their MPC-number.

Centaurs in astrology are troublemakers

Centaurs are troublemakers, chaos induces, masters of creating inner conflicts, which are however, in most cases, resolvable when the reach a breaking point in our consciousness, usually triggered by some heavy transit. The energies Centaurs is often difficult to handle or to get a firm grip on. Nevertheless, their intrinsically chaotic and disturbing element often hides a hidden treasure.

Jupiter-Trojans are also disturbing, but in a different way. In most of the heavyweights of this asteroid-class like Agamemnon, Achilles, Amphimachus, Neoptolemus we notice an inherent conflict due to unbalanced yang-energy; yang-energy that is over the top so to speak. This unbalanced yang-energy problem is the general key for understanding Jupiter-Trojans. In the case of Centaurs the puzzle we have to solve is often more complex and trying to crack the riddle can be a formidable quest.

Pylenor can manifest the worst part of a Scorpionic alter ego, but is also noticeable in the horoscopes of some brilliant actors.

Chiron is well known for its representation of the blind spot, the wound and its altruism and positive problem solving attitude, yet Hitler’s Chiron in exact opposition has Moon shows a dark, cold and cruel counterpart.

Nessus does wonders in the horoscope of Mantak Chia, but is very common in the 4th house of people who were sexually abused as a child. The question is whether Nessus will also manifest as a rapist in a Bosjesman community in the Kalahari Dessert or whether Nessus needs the postmodern distortion of our western society to push this Centaur over the edge? 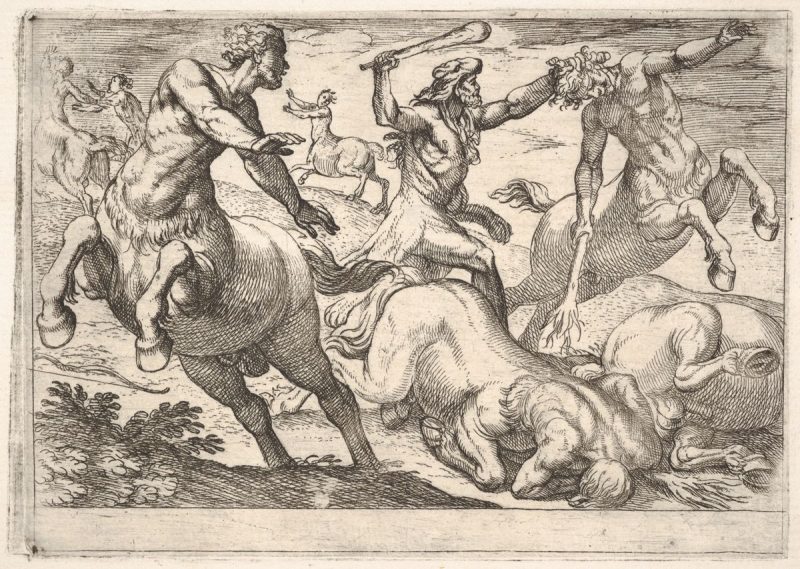 Antonio Tempesta – Hercules and the Centaurs

I just sketched some caricatures. In most cases Centaurs don’t trigger painful or frightening extremes, but they certainly cause ripples in the pond. Fascinating about Centaurs is the analogy with their astronomical features:

1 They orbit in ellipses, much unlike the orbits of the old planets in the elliptic plane.

2 They lack a resonance with Neptune or another planet.

3 They have unstable orbits that cross or have crossed the orbits of one or more of the giant planets.

4 Some have highly inclined orbits.

5 Some (like Chiron and Echeclus) still show a faint coma, suggesting they are ex-comets.

Though Centaurs can be troublemakers, causing chaotic situations, nobody asked for, in a paradox, their macrocosmic role is invaluable, for the sustainability of life’s progress, which is in a way identical with living itself. Apart from the obvious “chaotic chaos”, there is another form of chaos, that is much worse: the static chaos of rigid systems and mindsets, suffocating life and reality until nothing remains but a deadly state of control, safety or security, a false reality, which distorts the purity of cosmic influences in a semi-terminal way – thus killing the very heart of human progress. Something, which I think, understates the actuality of these newcomers in astrology and the importance giving them more attention in personal and mundane horoscopes…