Rosaleen Norton (2 October 1917 – 5 December 1979), who used the craft name of Thorn, was an Australian artist and occultist, in the latter capacity adhering to a form of pantheistic / Neopagan Witchcraft which was devoted to the god Pan. She lived much of her later life in the bohemian area of Kings Cross, Sydney, leading her to be termed the “Witch of Kings Cross” in some of the tabloids, and from where she led her own coven of Witches. 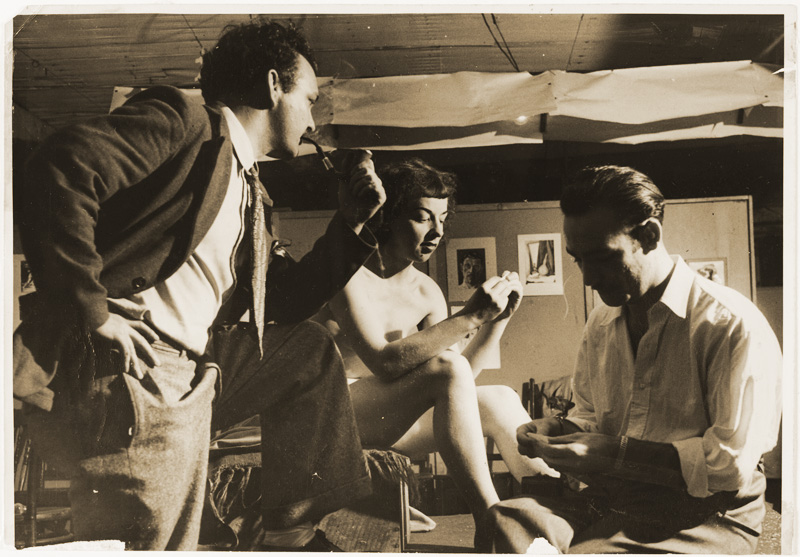 The paintings of Rosaleen Norton, which have been compared to those of British occult artist Austin Osman Spare, often depicted images of supernatural entities such as pagan gods and demons, sometimes involved in sexual acts. These caused particular controversy in Australia during the 1940s and 50s, when the country “was both socially and politically conservative” with Christianity as the dominant faith and at a time when the government “promoted a harsh stance on censorship.” For this reason the authorities dealt with her work harshly, with the police removing some of her work from exhibitions, confiscating books that contained her images, and attempting to prosecute her for public obscenity on a number of occasions.

According to her later biographer, Nevill Drury, “Rosaleen Norton’s esoteric beliefs, cosmology and visionary art are all closely intertwined – and reflect her unique approach to the magical universe.” She was inspired by “the ‘night’ side of magic”, emphasising darkness and studying the Qlippoth, alongside forms of sex magic which she had learned from the writings of English occultist Aleister Crowley. Qliphoth is the Hebrew plural for “empty shell”, meaning energy and consciousness in a stagnant or more demonic state. 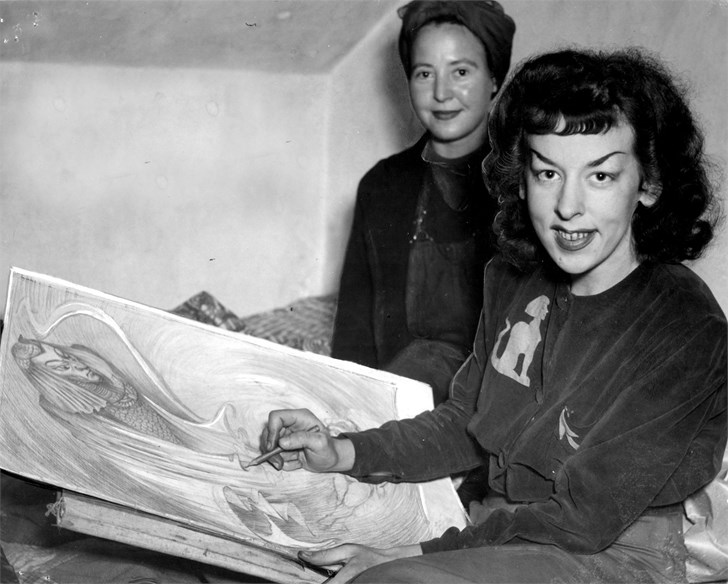 Rosaleen Norton was born in Dunedin, New Zealand during a thunderstorm at about 4:30 in the morning, to an English middle class, Anglican family who had moved to the country a number of years before. She was the third of three sisters and her siblings, Cecily and Phyllis, were each over a decade older than her. In later life, she would claim that she had been born a Witch, with certain biological features to mark her out as such, including pointed ears, blue markings on her left knee and a strand of flesh that hung on her body. When she was eight, in June 1925, her family emigrated to Sydney, Australia, where they settled in Wolseley Street, Lindfield.

The Book of Oberon 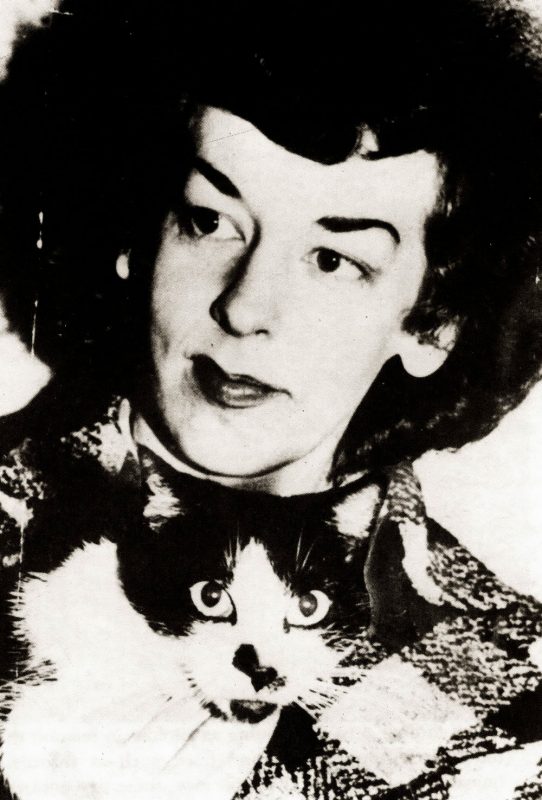 As a child, she never liked being conventional, and disliked most other children, as well as authority figures, including her mother Beena, with whom her relationship was very strained. Her father Albert, who was a sailor, was regularly away from home, although provided enough of an income so that the Nortons were able to live comfortably. Nonetheless, she would later describe her life at this time as being “a generally wearisome period of senseless shibboleths, prying adults, detestable or depressing children whom I was supposed to like, and parental reproaches.” Due to this, she kept to herself, sleeping not in the house, but in a tent which she pitched in the garden for three years, and kept a pet spider at the entrance which she named Horatius, as well as other pets including cats, lizards, tortoises, toads, dogs and a goat.

Norton was enrolled at a Church of England girls’ school, where she was eventually expelled for being disruptive and drawing images of demons, vampires and other such beings which the teachers claimed had a corrupting influence on other pupils. She subsequently began attending East Sydney Technical College, studying art under the sculptor Rayner Hoff, a man who encouraged her artistic talent and whom she greatly admired. 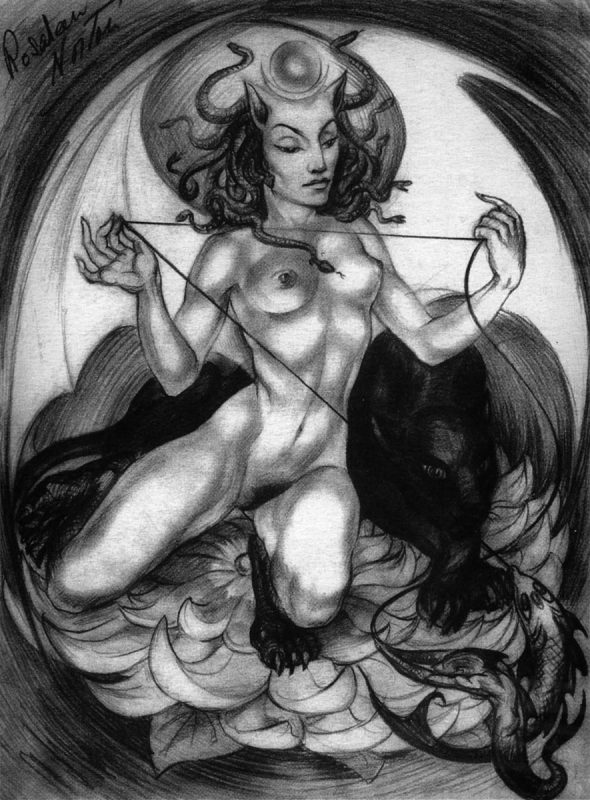 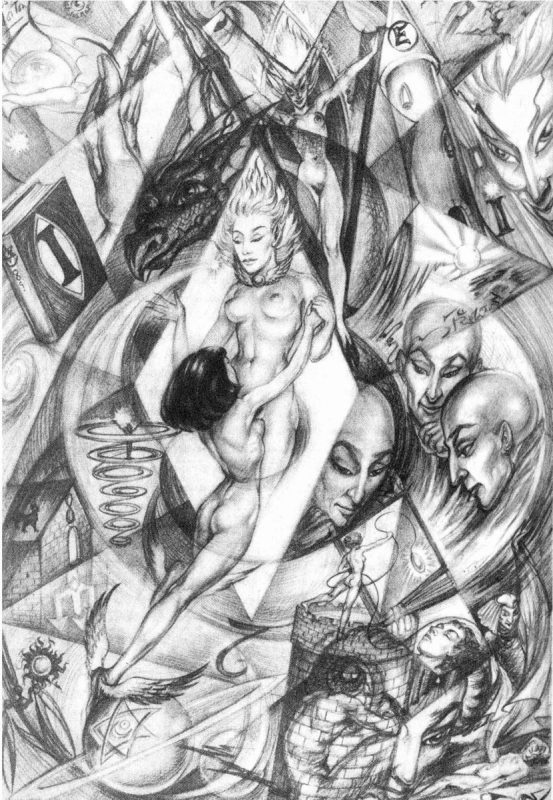 Following her art college studies, Norton set herself up to become a professional writer, with the newspaper Smith’s Weekly publishing a number of her horror stories in 1934, when she was sixteen, after which they gave her the job as a cadet journalist and then as an illustrator. However, her graphic illustrations were deemed too controversial, and she lost her job at the paper. Leaving Smith’s Weekly, Rosaleen Norton moved out of her family home following the death of her mother, and sought employment as an artists’ model, working for such painters as Norman Lindsay. 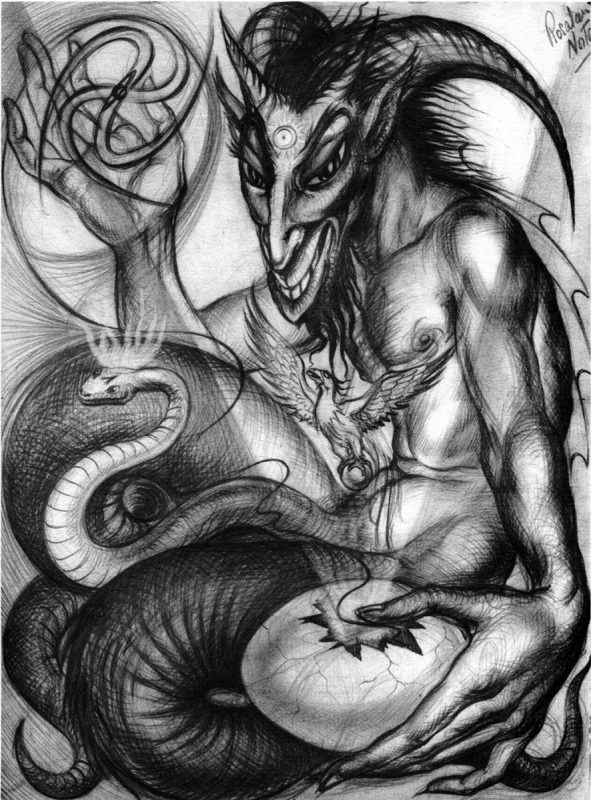 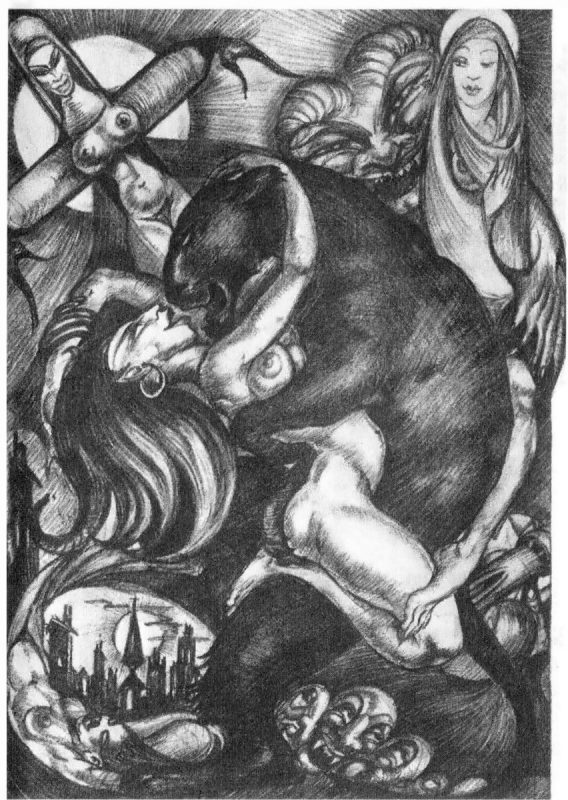 In 1949 forty-six of her paintings, including Timeless Worlds, Merlin, Lucifer and The Initiate were put on public exhibition in the University of Melbourne’s Rowden White Library. However, the exhibition did not go well, and only two days after it had opened, police officers had surveyed the gallery and removed four paintings – Witches’ Sabbath, Lucifer, Triumph and Individuation – which they deemed to be obscene. Norton was subsequently charged under the Police Offences Act of 1928.

At the court case, held in Melbourne’s Carlton Court, she was defended by A.L. Abrahams, who argued that the images in the recently published The History of Sexual Magic, a book that the Australian censors permitted, were of a far more obscene nature than Norton’s paintings. She won the case, and received a financial compansation from the police department.

In her later years Rosaleen Norton declared herself a witch, when (1971) this was still illegal in New South Wales. Although her two main sexual relationships in her life were with men (Gavin Greenlees and Sir Eugene Goossens respectively), Norton was bisexual, and allegedly enjoyed all forms of sexual activity with both men and women, including bondage and sado-masochism. She was also known to enjoy sexual intercourse with gay men, believing that in such situations she could play the active role. She also actively engaged in sex magic amongst her coven, having learned much about it from the writings of Aleister Crowley and from Goossens, who himself had been very much interested in Crowley’s work. Norton devised her own variety of Neopagan Witchcraft, forming a tradition that, according to the English Witch Doreen Valiente, was known as “The Goat Fold”. ♦

Sexual magick – the history, the secrets and the big picture