Necromancy is a form of magic which uses the dead to get certain results. There are many forms of necromancy and the art is and was performed all over the planet and goes thousands of years back into history. See the works of Homer for example where the blood of a sheep is poured into a hole in the ground to make communication with the souls of the dead in Hades possible. In many African and Afro-American magi-religious systems certain degrees of necromancy, often in indirect form belong to the basic elements of the system. The text below is a fragment taken from Jewish Magic and Superstition – A study in Folk Religion by Joshua Trachtenberg, and deals with necromancy in the Jewish context. 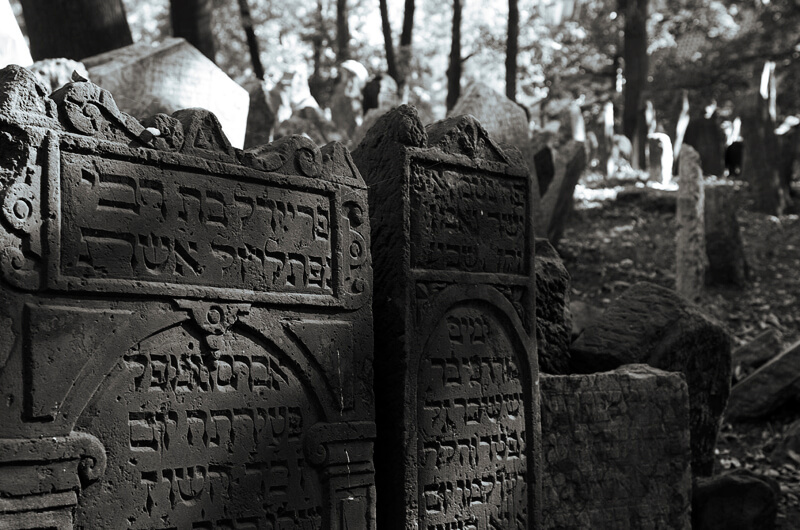 The ancient art of calling up the spirits of the dead for divinatory purposes was well known in Biblical and Talmudic times. Though forbidden by the Law of Moses, Saul resorted to this means to consult with his deceased mentor, Samuel, through the medium of the famous witch of Endor.

Talmudic strictures were hardly more effectual, for Rab, one of the leading authorities, among others, questioned the dead. Similarly in the Middle Ages, while the rabbis maintained the traditional doctrinal opposition (striking, besides, a note of compassion at times: “The dead speak only with great difficulty, therefore it is forbidden to force them by incantations and other means to reveal the future”), the sources disclose that various methods were known and employed.

However, judging from the comparatively few references, this mode of divination played only a minor rôle in Jewish magic, due to the consistently condemnatory judgment of the leaders of Jewish thought, and the deeply ingrained sentiment of mingled fear and respect and affection for the dead.

Medieval writers repeated the meager traditional lore. We read that the deceased may be interrogated only during the first twelve months after death, when their bodies remain intact in the grave while their souls ascend and descend.

The ghost, when called upon by name, rises feet first from the grave. On the Sabbath, however, when the spirits of dead and living celebrate the day of rest, the necromancer too must perforce call it a holiday. And finally, it is noted that “the questioner hears, but sees nothing, the questioned sees, but hears nothing, and others present neither see nor hear.”

The Talmud knew two kinds of necromancy, one in which the dead is raised by naming him, the other in which he is questioned by means of a skull. During the Middle Ages these two types were often mentioned, but it is questionable whether they were still employed.

The references to them do not carry conviction. Other methods seem to have been more popular, such as the practice of two friends covenanting that the first to die will return to reveal the secrets of the celestial realm to the other.

He might do so in a dream, but he could also appear during waking hours. “The deceased requests of his deputy angel that his intangible spirit be clothed in and united with matter so that he may carry out his part of the compact.” In so far as the agreement contemplated such an apparition it may presumably be included among the necromantic arts.

There are several legends reporting such a transient visit from the grave; one tells of a Rabbi Benjamin b. Zeraḥ who, on his deathbed, promised to warn the members of his congregation if any disaster impended. A short while after his demise he appeared in the synagogue and divulged that at the instant of death he had seen a heavenly decree inflicting a persecution upon them.

Some writers, however, refused to consider this method necromantic. They made a distinction between “questioning the immortal spirit,” which they claimed included such compacts as well as an appeal to the spirit of the dead, and is permitted, and “questioning the corpse” directly, which is forbidden. But such fine hair-splitting need not concern us, as it didn’t medieval Jews in general. In common with their German neighbors, of whom Michael Behaim of Sulzbach (fifteenth century) wrote:

They invoked the dead, spirit and body, to gain the information they sought. Indeed, not only the spirit, but actually the body was believed to rise from the grave, for we are told that “if one were to open the grave while the necromancer is conversing with the dead it would be found empty.”

Other methods described in the sources comprise:

1. Incantations” at the grave, which were apparently not favored, for the word laḥash usually denotes a forbidden type of magic;

2. Spending the night on the grave, clothed in a distinctive garment and burning spices and incense while waving a myrtle wand, “until one hears an exceedingly faint voice from the grave responding to his questions, so faint that it seems hardly to be sensed by the ear, but rather to exist in his thoughts”; this method was also frowned upon for it was included in the forbidden category of magic which depends solely upon “the performance of an act” for its results;

3. A man and a woman station themselves at the head and foot of a grave, and on the earth between them they set a rattle, which they strike while they recite a secret invocation; then while the woman looks on the man puts the questions, and the deceased reveals the future to them;

4. A method which seems to have been acceptable, for it invoked the dead by means of angelic names: “Stand before the grave and recite the names of the angels of the fifth camp of the first firmament, and hold in your hand a mixture of oil and honey in a new glass bowl, and say, ‘I conjure you, spirit of the grave, Neḥinah, who rests in the grave upon the bones of the dead, that you accept this offering from my hand and do my bidding; bring me N son of N who is dead, and make him stand erect and speak with me without fear, and have him tell me the truth without fear, and I shall not be afraid of him; let him answer the question which I shall put to him’; and the deceased will immediately appear. But if he doesn’t, repeat this invocation a second time, and if necessary, a third. When he appears place the bowl before him, and converse with him. Hold a myrtle wand in your hand.