Centaurs and why most astrologers only include Chiron

Centaurs are a fascinating and underrated family of asteroids. Chiron has been used for a few decades now. This is mainly due to the fact that for a long time it was only Chiron that was included into astrology software and only Chiron that got researched. Chiron was the first object of the Centaur class that was discovered (October 18, 1977 by Charles Kowal). 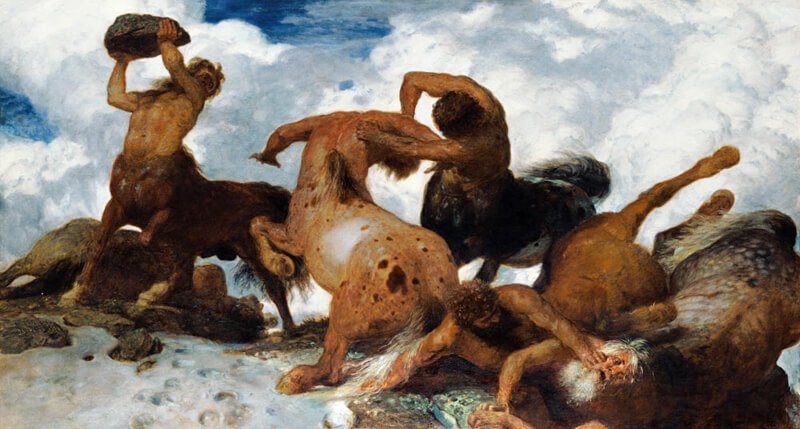 Although Chiron belongs to the larger objects of the Centaur family (166 km in diameter; 218 km in diameter as estimated by the Herschel Space Observatory in 2011) some members are bigger. Chariklo measures 302 km in diameter, binary Centaur Ceto-Phorcys is a system orbiting around its Barry center, where Ceto measures 174 km in diameter and Phorcys 132 km in diameter and added should be the space between both objects.  Pholus diameter is 190 km; 1998 BU48 is 213 km; 1999 OX3 192km; 2002 GZ32 measures 230.5 km. But as Nessus (60 km diameter) proves: it’s not always size that matters. 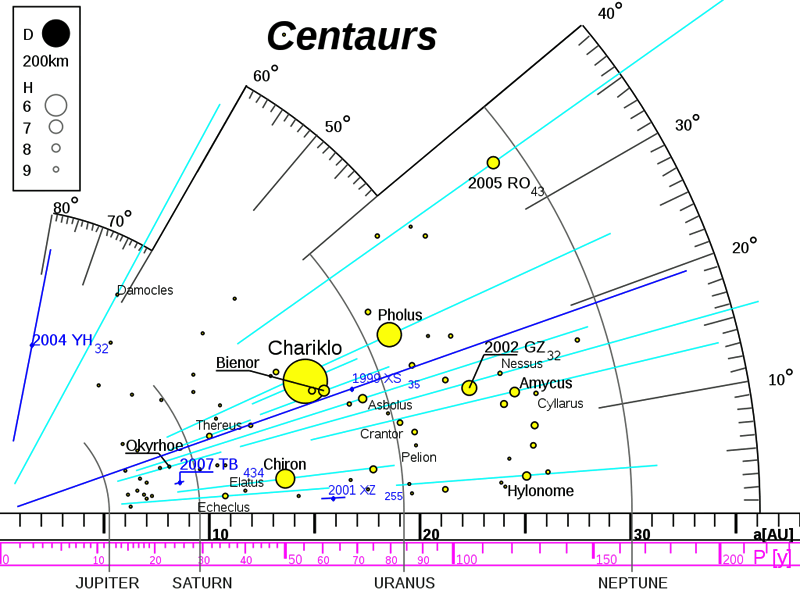 Centaurs in our solar system

The generic definition of a Centaur is a small body that orbits the Sun between Jupiter and Neptune and crosses the orbits of one or more of the giant
planets. Due to the inherent long-term instability of orbits in this region, even Centaurs such as 2000 GM137 and 2001 XZ255, which do not currently cross the orbit of any planet, are in gradually changing orbits that will be perturbed until they start to cross the orbit of one or more of the giant planets. However, different institutions (Minor Planet Center, Jet Propulsion Laboratory, etc.) have different criteria for classifying borderline objects, based on particular values of their orbital elements.

Described as “borderline objects” in an astronomical technical sense, borderline objects is also a pretty accurate definition of most Centaurs when they are invited in a horoscope. As mentioned before Chiron was already standard included in every astro-software package for a decade or two. No professional astrologer wants to skip the “wound in the client’s soul”, his or her “blind spots” or “second midlife crises” aka reality-check around Chiron’s return (at about the age of 51).

To those who like to keep it simple this may be a disappointing message, but despite Chiron being an important player in a chart, many other Centaurs are at least as interesting. Nessus, Amycus, Pylenor, Hylonome, Bienor, Crantor, Thereus, Asbolus .

Doing financial astrology without using 1998 BU48 and 2001 BL41 will be a bit amateurish. And then there is this parasite 2002 PN34, and the noisy but often correct “whistle blower on fake news” 2001 KF77 (Alex Jones’ natal chart is really stuffed with this object).

To make it even more spicy: Centaur 2000 CO104 is pretty specific about orgasm. You cannot do a proper 21st century sexual astrological analysis without 2000 CO104.

Like Jupiter-Trojans, Centaurs are dramatic entities. However, there are also big differences. In the case of Jupiter-Trojans the drama is rooted in most cases in intrinsically unbalanced yang-energy, leading to excesses or at least the potential for it and the socially enforced smothering of ones powers.

Centaurs are more complex. They are authentic anarchists, they do not shun the fringes of society and most of them are full of pretty schizophrenic psychological contrasts and/or ambitions. Hence there is a longing for a psycho-synthetic healing i.e. a homeostasis, wherein these bipolar features coincide in one amazing, synergistic power.

Once this is accomplished, an impressive creativity and/or originality can come to the surface. In this respect many Centaurs, not only Chiron, go through the same process. First, and this can take the first half of one’s life, the still dormant subconscious features of the Centaur, still trapped in a blind spot, cause not yet understood chaos and upheavals, emotionally and/or mentally.

The true awakening often takes place after a crisis – not explainable by Saturn, Uranus, Neptune or Pluto, nor the progressed or solar return chart. Then somehow, often in unusual ways which can even involve the occult or drugs, Centaurian enlightenment is reached. And when ones character is developed strong enough to let go of past shells (impotent habits, infertile self control, obsessions, etc) a new life may start to happen.