Pulsa diNura – the secret death curse of the kabbalists 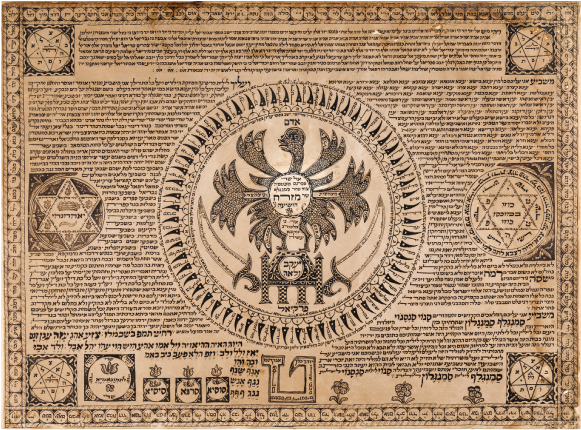 Kabbalah always had its practical, magical tools in addition to its spiritual goals.

Pulsa deNura, Pulsa diNura or Pulsa Denoura (Aramaic: פולסי דנורא‎ “The Lashes of Fire”) is a purportedly Kabbalistic ceremony in which the destroying angels are invoked to block heavenly forgiveness of the subject’s sins, causing all the curses named in the Bible to befall him resulting in his death. However, the Torah prohibits praying that something bad should happen to another person. Rather, it offers the solution to pray that the bad in the person die and he become a righteous person.

The source for this modern ritual is not to be found in Kabbalah, but among the Hebrew magical manuals of antiquity, such as Sefer HaRazim (“Book of Secrets”) and The Sword of Moses. Sefer HaRazim (Hebrew: ספר הרזים‎, “Book of Secrets”) is a Jewish magical text supposedly given to Noah by the angel Raziel, and passed down throughout Biblical history to Solomon, for whom it was a great source of his wisdom, and purported magical powers. Note that this is a different book than the Sefer Raziel HaMalakh, which was given to Adam by the same angel, but they stem from the same tradition, and large parts of Sefer HaRazim were incorporated into the Sefer Raziel under its original title.

This is an unorthodox text; while traditional Jewish laws of purity are part of the cosmogony, there are “praxeis which demand we eat cakes made from blood and flour”. It is thought to be a sourcebook for Jewish magic, calling upon angels rather than God to perform supernatural feats. The text itself was once considered to be part of “orthodox” Judaism under the influence of Hellenism, but this text, along with some other works, are considered to be unorthodox or heretical in modern Judaism. 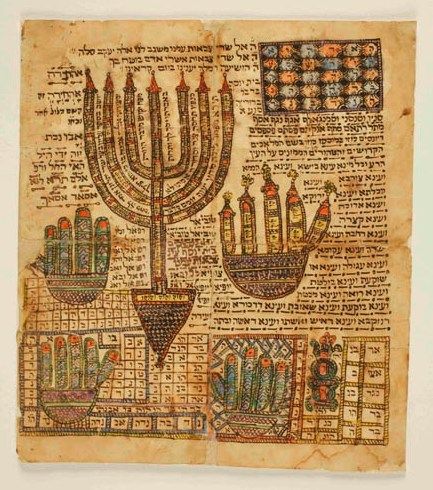 The origin of this phrase seems to come from the Babylonian Talmud, in tractate Hagigah 15a. This page contains an Aggadic section concerning the heresies of Elisha ben Abuyah. An account is given of Elisha’s encounter with the angel Metatron and the subsequent erroneous course of action taken by Metatron. The seeming mistake of Metatron established him as being liable to receive a sentence of sixty pulse deNura: אפקוהו למיטטרון ומחיוהו שיתין פולסי דנורא, “They took out Metatron and lashed him with sixty pulses of fire.”

A pulsa denura is also mentioned once in the Zohar (section 3:263c, “Raya Mehemna”), one of the classic works of Kabbalah. There it is described as a heavenly punishment against a person who does not fulfill their religious obligations. The phrase appears in a small number of other locations in the Talmud and Zohar, but not in the context of a mystical curse.  Some adherents of Kabbalah developed the idea of invoking a curse against a sinner, which they termed pulsa deNura.

Accusations of the use of this curse by religious Jews against Jewish figures who have committed major transgressions has been made often over the past 50 years and quoted mostly in Israeli media. As the saying goes in Israel “you have not made it in Israeli politics until you’ve been cursed by the Pulsa DiNura.  Early in the 20th century, Haredi Jews in Jerusalem were accused by the media of having recited the curse against the linguist Eliezer Ben Yehuda. There have been unsubstantiated media reports of the curse being recited against archaeologists and authors.

Prior to the assassination of Israeli Prime Minister Yitzhak Rabin, there were reports that the curse had been recited against him. On February 26, 2012, Tamar Yonah of IsraelNationalNews.com interviewed Yosef Dayan, who, with rabbinical guidance, was involved in the Pulsa DiNura of Yitzhak Rabin and Ariel Sharon. Avigdor Eskin, a member of the Gush Emunim (“Bloc of the Faithful”), claimed to have recited the following maledictions of the Pulsa diNura on the night of October 6, 1995:

“Angels of destruction will hit him. He is damned wherever he goes. His soul will instantly leave his body … and he will not survive a month. Dark will be his path, and God’s angel will chase him. A disaster he has never experienced will befall him, and all curses known in the Torah will apply to him. I deliver to you, the angels of wrath and ire, Yitzhak, the son of Rosa Rabin, that you may smother him and the specter of him, and cast him into hell, and dry up his wealth, and plague his thoughts, and scatter his mind that he may be steadily diminished until he reaches his death. Put to death the cursed Yitzhak. May he be damned, damned, damned!” – Rabin was assassinated within the month.

In July 2005, the Israeli media, without citing sources, reported that opponents of the Israeli disengagement from Gaza recited the Pulsa deNura in the old cemetery of Rosh Pina, asking the “Angel of Death” to kill Israeli Prime Minister Ariel Sharon. Six months later Sharon suffered two strokes and was in a coma, fighting for his life, until his death on January 11, 2014. Of course, most analysts link this was due to his age (77) and obesity.
Reportedly, ten rabbis and kabalists instigated the same curse at the gravesite near Safed several months prior to the assassination of former prime minister Yitzhak Rabin.

On November 7, 2006, the Edah HaChareidis said it was considering placing the curse on the organizers of the Pride parade scheduled to march in Jerusalem on November 10, 2006. Army Radio interviewed Rabbi Shmuel Papenheim, who announced, “The Rabbinical Court has held a special session and discussed placing a ‘pulsa denura’ on those who have had a hand in organizing the march.” Papenheim, editor of the Haredi religious umbrella organization’s weekly magazine, added that the rabbis were also considering placing the curse “against the policemen who beat Haredi Jews”. In 2013, Naftali Bennett received the pulsa denura.