Norman Alfred William Lindsay (* February 22, 1879 in Creswick, Victoria; † November 21, 1969 in Faulconbridge, New South Wales) was an Australian sculptor, artist, painter, etcher, sculptor, writer, art critic, novelist, cartoonist and amateur boxer, with Anglo-Irish roots. He was astonishingly energetic and left us an amazing amount of etchings, paintings, sculptures and writings, of which the vast majority is a homage to vitality and lust for life. Though many of his works are related to witchcraft and the occult, they are full of joy, making the Lindsay-experience something like feeling the breath of the great god Pan on your skin. 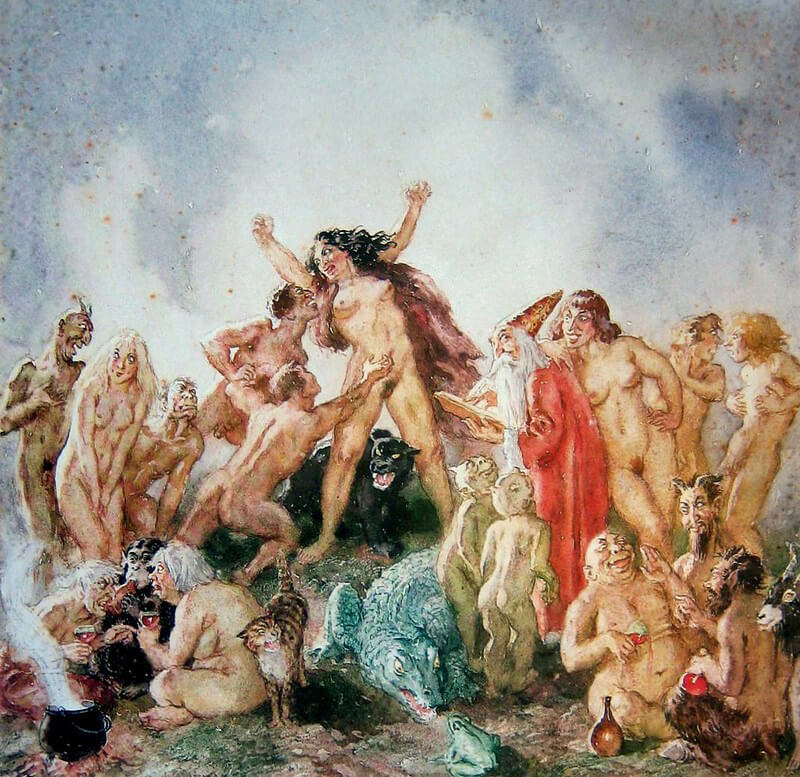 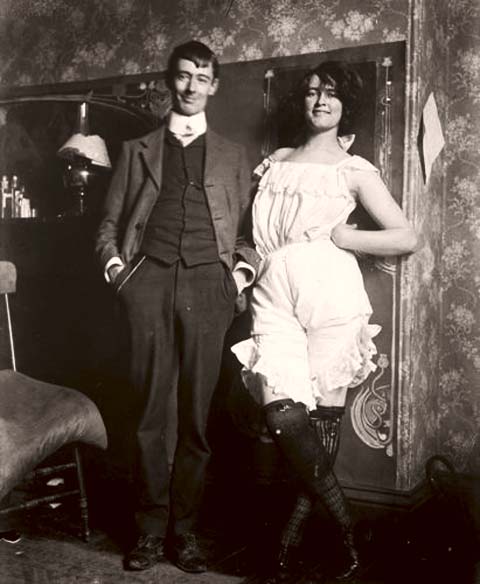 Lindsay was the son of the doctor Robert Charles Lindsay (1843-1915) and his wife Jane Elizabeth Williams (1848-1932). His maternal grandfather was the preacher Thomas Williams, a follower of John Wesley (Methodistische and Wesleyan Churches). Lindsay had nine siblings, including Percy (1870-1952), Lionel (1874-1961), Ruby (1885-1919) and Daryl Lindsay (1889-1976). He was fifth in line. The artist had learned himself to draw because a childhood malady forced him into inactivity for a longer period. By age eleven he was already very skillful.

At 16, Lindsay went to Melbourne in 1895 and worked for various magazines and newspapers, working with his older brother Lionel. At the same time he was taught by Walter Withers. In 1901 he became a member of the editorial staff of the “Sydney Bulletin”, like his brother, and remained so for nearly fifty years. In addition to his drawings, over the years he also produced an independent literary work.

By this time he had been working with Rose Soady for over fifteen years. In 1909 Lindsay traveled to London and stayed there for a longer period of time. The following year, Soady followed him and returned with him to Australia in 1911. On January 14, 1920 Lindsay married Rose Soady and had two daughters with her: Jane (1920-1999) and Helen (1922-?). 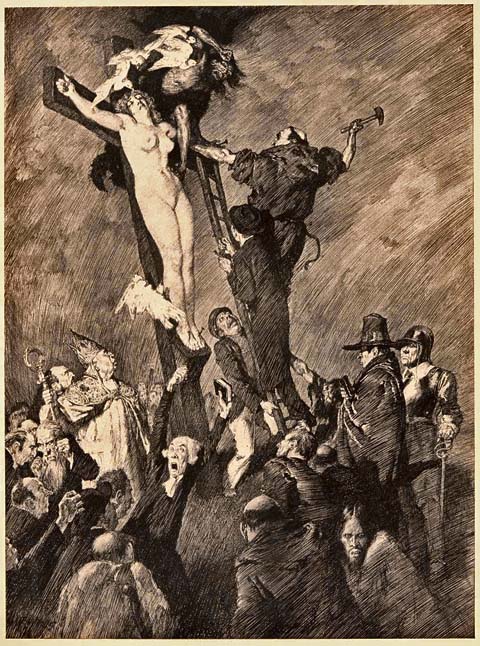 Rose Lindsay (Soady) was born at Gosford, New South Wales on July 5, 1885 and named Rosa. Her parents were John and Rosa Soady. As an artist model Rose posed for Sydney Long, Antonio Dattilo Rubbo and Fred Leist before she met Norman Lindsay in 1902. She was introduced to Norman Lindsay in 1902 by Julian Rossi Ashton. By 1903 she was installed in his Rowe Street studio rooms as his model and lover, and they later married. Rose continued as Lindsay’s principal model, becoming possibly the most frequently painted woman in the history of Australian art. She wrote two books on her life, Ma and Pa: My Childhood Memories (1963) and Model Wife: my life with Norman Lindsay (1967).

Rose was Lindsay’s business manager and most recognizable model, as well as being the printer for most of his etchings. In 1913 a pen-and-ink drawing she had posed for called Crucified Venus was shown at the Society of Artists’ exhibition in Melbourne, but the Melbourne committee removed it from public view due to scandal over its eroticism. However, Julian Rossi Ashton, who was the president of the Society of Artists, said he would withdraw all the New South Wales paintings from the exhibit unless Crucified Venus was shown again, and it was put back up within the week. 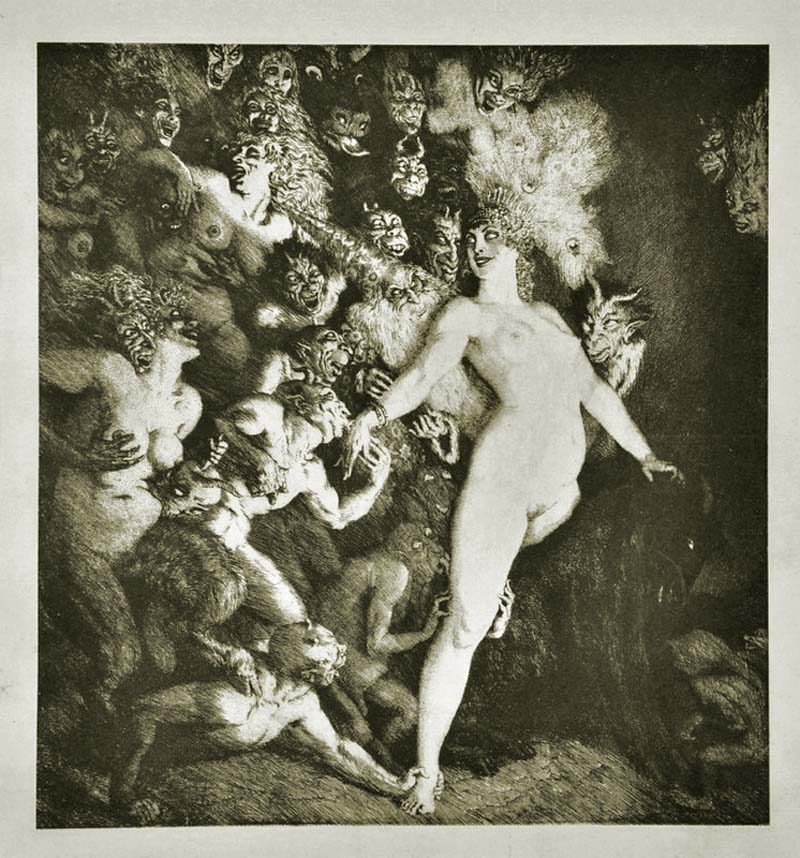 Lindsay’s creative output was vast, his energy enormous. Several eyewitness accounts tell of his working practices in the 1920s. He would wake early and produce a watercolour before breakfast, then by mid-morning he would be in his etching studio where he would work until late afternoon. He would work on a concrete sculpture in the garden during the afternoon and in the evening write a new chapter for whatever novel he was working on at the time.

As a break, he would work on a model ship some days. He was highly inventive, melting down the lead casings of oil paint tubes to use for the figures on his model ships, made a large easel using a door, carved and decorated furniture, designed and built chairs, created garden planters, Roman columns and built his own additions to the Faulconbridge property.

In his days, his frank and sumptuous nudes were highly controversial. Because of an exhibition in 1940 Rose Soady brought many of Lindsay’s paintings to the USA. When the luggage was saved after a train accident, the paintings were confiscated and burned as pornography by American officials. The artist’s older brother Lionel remembered Lindsay’s reaction: “Don’t worry, I’ll do more.” 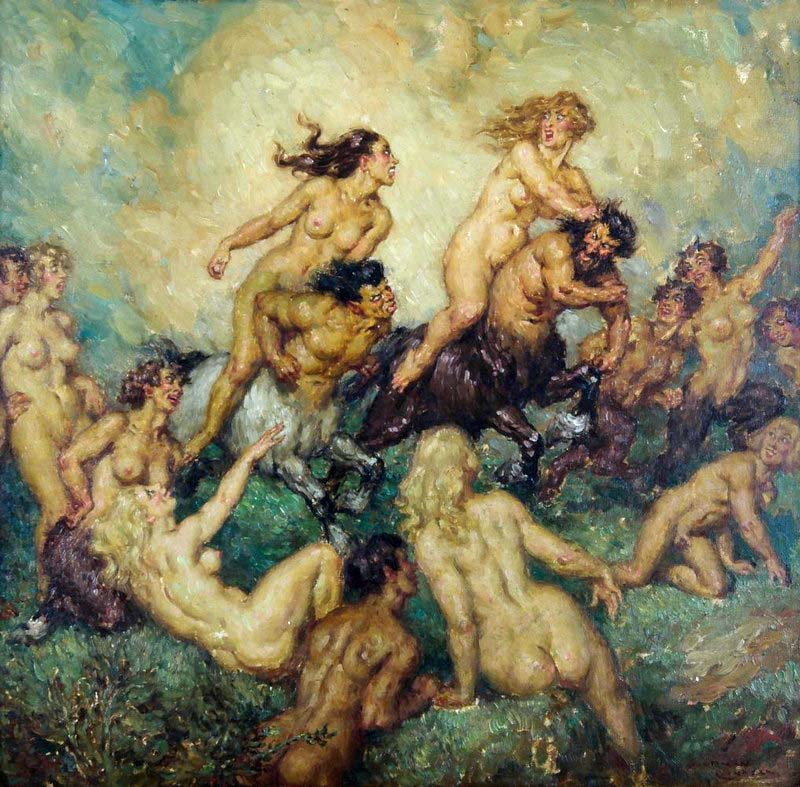 The race of the centaurs

Norman Lindsay vs the wowsers

Though the incident could not break Lindsay’s spirit, the hypocrisy however anoyed him. In essence it was not so much his affinity with eroticism which would cause him to clash with a certain group of people which plagues every society, but his optimistic vitalism and lust for life. The group he clashed with are the wowsers, a term he would often use.

“Wowser” is an Australian term that refers to a person who seeks to deprive others of behaviour deemed to be immoral or sinful. The term wowser originated in Australia, at first carrying a similar meaning to “lout” (an annoying or disruptive person, or even a prostitute). Around 1900 it shifted to its present meaning: one whose sense of morality drives them to deprive others of their sinful pleasures, especially liquor. In The Motor magazine w/e 10 April 1940, the word was discussed, and the author of the “Contact” column was still bemused until he received a card from a gentleman in Bristol who said “Broadly speaking, ‘wowsers’ are pious hypocrites, those who dislike seeing others enjoy themselves, usually in evidence amongst the elder members of a community.” 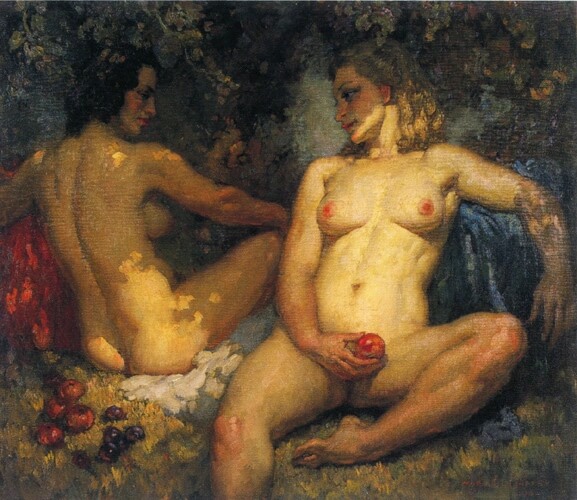 In strong contrast to the wowsers Lindsay explains his vision on women and the feminine: “I have taken the feminine image as a dominant factor in my concept of life, both because I love the beauty of women, and because they are the continuity principle which drives life eternally on into the future… I have utterly repudiated the academic nude image of femininity as an innocuous stuffed dummy designed to decorate the walls of second-class suburban homes, but I have sought to infuse into it as much vitality and desirability as my own response to women suggests, and which is the normal response of any properly constituted male ego.” 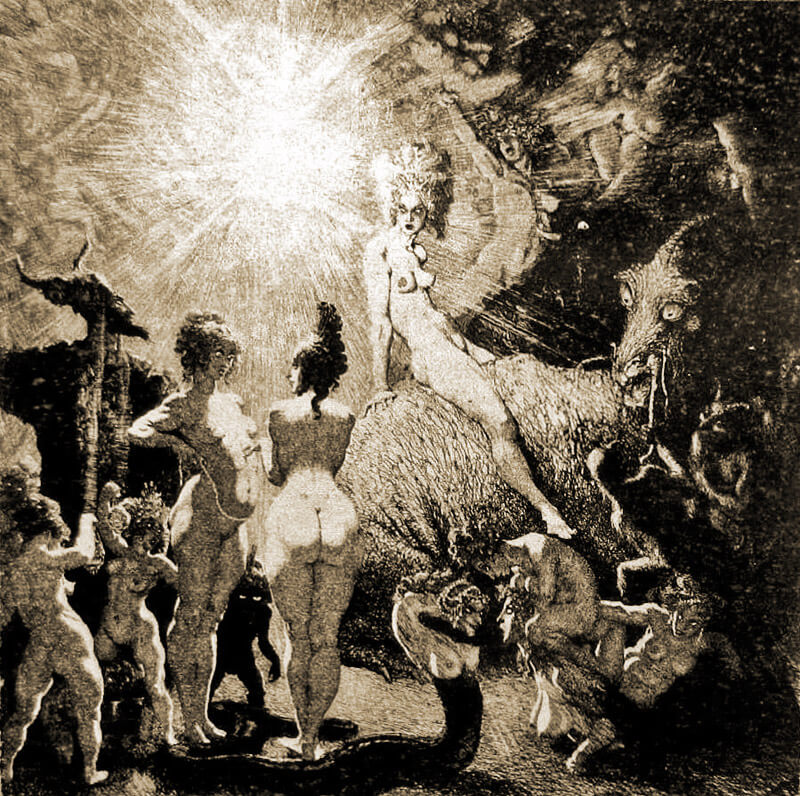 From controversy to recognition 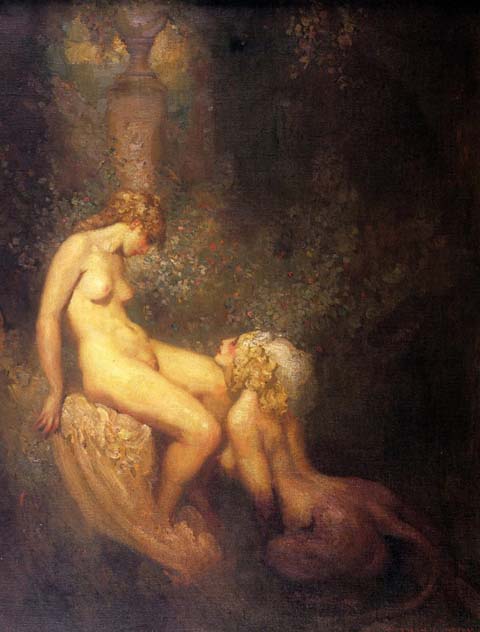 November 21, 1969 Norman Lindsay died at his home in Faulconbridge and found his final resting place at Springwood Cemetery in Springwood (New South Wales). Rose outlived him by 9 years. She passed away in 1978.

Many of his works are housed in his former home at Faulconbridge, New South Wales, now the Norman Lindsay Gallery and Museum, and many works reside in private and corporate collections. His art continues to climb in value today. In 2002, a record price was attained for his oil painting Spring’s Innocence, which sold to the National Gallery of Victoria for A$333,900. Sculptures in bronze or concrete are also an important part of his legacy. In his bread-and-butter profession of the early years, a focus was on cartoons and caricatures, with which he devoted himself to political themes such as red fear and yellow danger. His own books had an autobiographical background and other works he was able to illustrate congenially.

His former home and studio became the Norman Lindsay Gallery & Museum at the instigation of his daughter Helen. Among his friends and acquaintances were writers and painters such as Hugh McCrae, Frank Frazetta, Roy Krenkel, Henry Lawson, Ernest Moffit, Kenneth Slessor and Francis Webb. 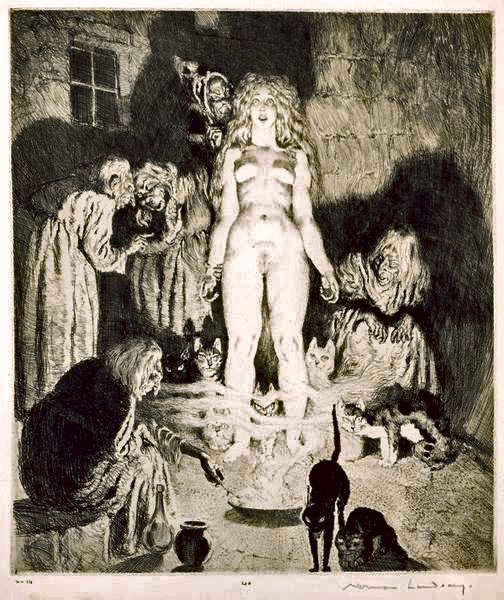 Apart from being productive pensils and paint, Lindsay used the pen a lot:

Autobiographical
Bohemians of the Bulletin 1965
My Mask (autobiography) 1970