A Kabbalistic view on science part 2

After my book publication in 2019: “a Kabbalistic view on science”, the second part is well on its way and is expected to be published in 2021. The topics involved will be psycho-biology, neuroplasticity and quantum-physics. All related and seen in the teachings of the Toledano- Kabbalah. Through the diagrams of the Tree of Life and Jacobs Ladder, these scientific disciplines are brought in the light of the metaphysical teachings of Kabbalah.
This article is a foretaste of the second book. Of course the content is already copyright. Wish you much pleasure and inspiration. Feel free to contact me through email and visit the website (circleofavalon.nl) 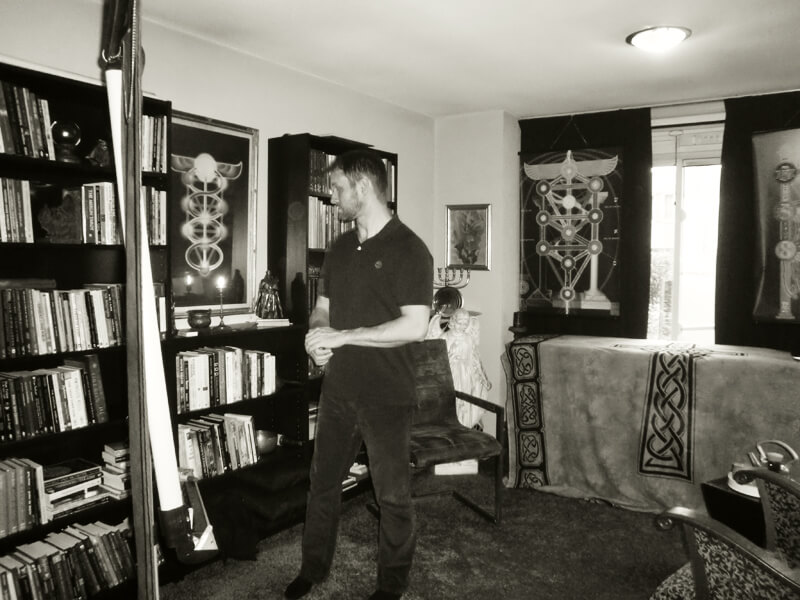 The author in his study room

Assiah is the ultimate world where time, space and movement find their way into matter. It is for this reason that time-space-movement is sometimes regarded as a substance where we have our physical being and live out our lives. Like substance, time-space-movement is flexible, relative and malleable, subject to the subjective experience of our consciousness. 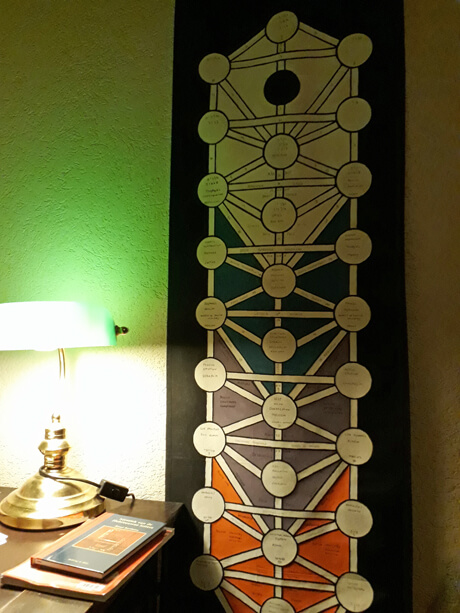 Tree of Life or Etz HaChayim according to the Toledano Tradition

Although the physical body we call our own and the corresponding physical world around us seem quite solid and fixed, they move with consciousness. Aziluth as the ancient ground of all being, holds, sustains and moves this substance of matter (time-space-movement) which goes in and out of existence. Ever held in the Divine embrace of unity and endless potentiality. Human consciousness (Yezirah) is a reflection of this Divine consciousness in Aziluth, through which the human psyche is able to move matter in a likewise manner. Unconsciously we are ‘moving matter’ all the time with our thoughts, memories, energy, feelings, actions and emotions.

Consider for a moment that the human being is a mover of matter, within our own body and secondly within the world around us. The first example is easily recognized within our own biology. Whenever you think about something that makes you happy or sad, the chemical that is connected to that thought in the body, is released, making the body into that specific quality of thought.

Every thought has a chemical-electrical equivalent in the body, produced when the psyche activates certain glands to produce them. In that sense, the biological organism has no inner moral towards what chemicals or electrical processes it brings forth. The body awaits signals in order to be moved. Eventually, the body moves chemically and electrically resulting in the total movement of the body, which we know as physical- motoric movements. Understanding how we feel and think is often detected through body posture and behavior. We all know how we or others behave in good, bad or indifferent times.

Kabbalah tells about four worlds in the diagram of Jacobs Ladder. Assiah is the lowest world seen from a hierarchical perspective from above to below, known as the world of action. From the explanation above, action is a forthcoming phenomenon that is derived from worlds that pre-exist that world. Nothing moves if it is not willed from ‘above’.

All creatures in nature, whether they are mineral, vegetable, animal or human, are moved by means of subtle worlds that initiate grosser movements on the material plane of action. Physical existence appears to be an effectual world that has no inherent causality of movement within it. The world of causation is simultaneously the world of metaphysics and the creative world called Briah.

Here the cosmic arrangements are created in concepts that are still not apparent in existence of time-space-movement. Briah merely lays out the ground-plan, how the subtle world of Yezirah can formulate energetic and psychological fields and patterns, wherein finally, the action can be performed. These fields and patterns are the human experience within thought, memory, dreams and feelings. Whenever an energy-field is formulated in the world of the psyche, an immediate identity is given to that field and pattern. In such a way, the body is created and re-created in this very moment you are reading this sentence.

All cells, tissues, organs and organ-systems have their origin in a created conceptual design in Briah unfolding into a psychological form that contains the properties of energy that will finally find their way into the world of action.

Now, the movement that Kabbalah named the TzimTzum or lightning-flash, descends the world of emanation or Aziluth as the Divine action. Divine Will in Aziluth has nothing to do with some superstitious belief or fatalistic religious idea of Divinity. Aziluth is the world that ‘calls forth’ the completeness and unity of existence. From this world all that existed, exists now and ever will exist descends through the three lower worlds, entering gradually into time-space-movement.

What is called forth is perfect in that sense that all that is created is there because it is willed. You are here because it is willed. We are all part of the unified consciousness that pervades and contains all. All comes from unity and all will return to unity. That is the Will whose influence comes down the worlds, constructing a cosmos that resonates with countless frequencies of that one Will. To give response to that Will is the Kabbalistic way of Return (teshuvah)- a path of reconciliation with the original world which influences us all the time.

In Kabbalah, this is sometimes explained as the way of correction, whenever the human soul goes astray from the path of unity, suffering the more extreme effects of the side-pillars on the Tree of Life. Of course, it is impossible as a time-space-movement creature, to live in unity within existence. It would draw us out of the engagement and connection with the world and all creation. Because of the refined movement of the Lightning-flash, unity mirrors itself into existence, alternating and involving itself within its own being. Unity becomes in creation the law of harmony, where all is held in balance, compared to the scales of justice. 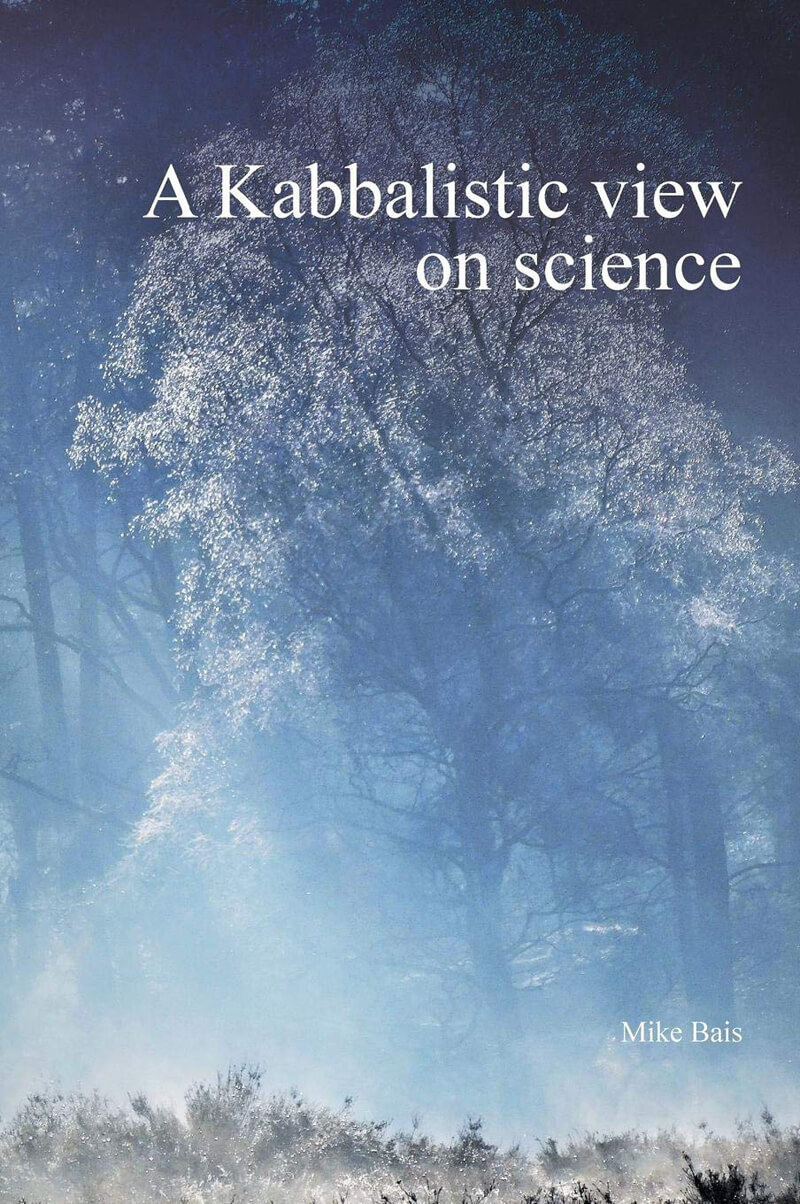 If you pay attention to your breath at this very moment, you may notice that while reading, there is a calm rhythm and movement of the chest and belly. But if you would decide to run for five minutes, your breathing would definitely change. After the running and returning to your chair, your breathing gradually comes back to a calmness you experienced before running. This is a simple example how law does operate through millions of physical processes in the world of action. Action is law bound, while action is derived from law.

The world of action does not consist of random movements coming out of a mechanistic and rigid system. Law as mentioned above, expresses the way, Divinity calls forth, creates, forms and makes Itself into a likeness of movements in time-space. All the actions within (your own body) and likewise the actions without, are effects of this Divine influence that pervades all the Kabbalistic worlds. Transcendence leaves traces behind so to speak, within the frame of time-space and our direct experiences within the world of action.

Every action, whether conscious or unconsciously initiated, has its origin in the Divine world. In most mystical traditions the unreachable Transcendence can be reached and known through the Immanence that lives within creation and the ultimate world of action- Assiah. This final world is the realm of blessing as the Holy One acts through all things and beings in a fantastic theatre play. Have you ever thought about this? That every movement and action you make is a move made first and foremost in Divine action. As a matter of fact, we do not move by ourselves, but are moved continuously by the influence of the Divine. 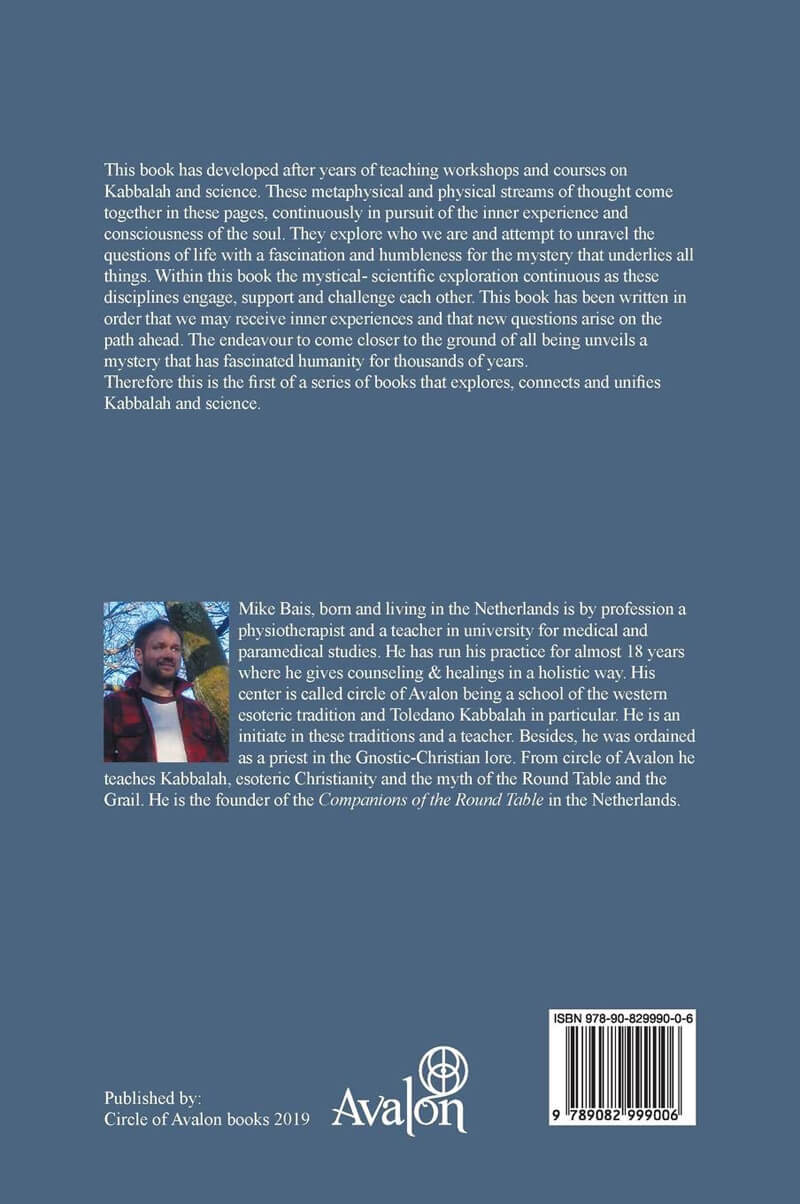 For the Kabbalist and mystic, transcendence and immanence do not differ in their experience, except that Divinity is beholding its own creation through the eyes of the immanent beholder. More simply put: this is the direct experience when the Kabbalist knows who is looking (beholding) through his or her being.

Every movement is a potential Divine action, becoming an actual Divine action when the beholder knows “who beholds who”. The Highest Divine name on the Tree of Life is granted to the Crown or Kether and pronounced as “I am that I am”. Within that Name lies the realization that God beholds God. Every moment in relative existence is an Eternal possibility of this realization. Furthermore, every action is a movement coming out of Eternity ©

Merlin’s Chess or The Magic of Avalon – Part 1

Merlin’s Chess or the Magic of Avalon – Part 2