Little Secrets of the Poppy 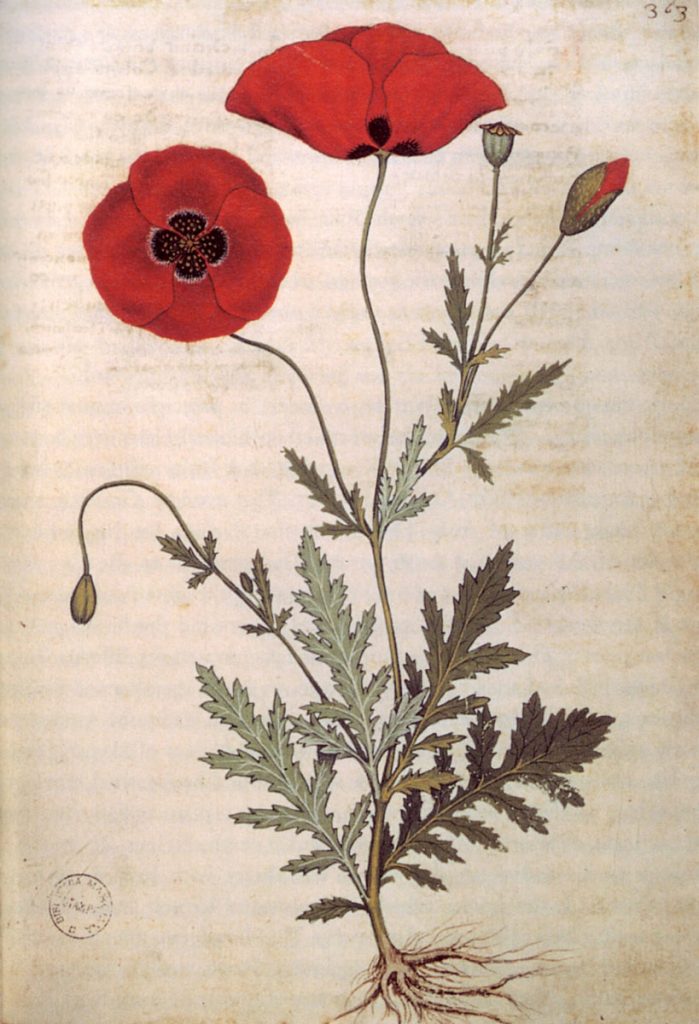 The poppy was a secret flower of Hecate and sometimes used in witches ointments. Poppy seeds contain many compounds that were found to have anti-oxidant, disease preventing and health promoting properties. The seeds are especially rich in oleic, a mono-unsaturated fatty acid and linoleic acids.

Oleic acid helps lower LDL or “bad cholesterol” and stimulates HDL or “good cholesterol” levels in the blood. Poppy seeds, outer husk is a good source of dietary fibre. 100 grams raw seeds provide about 50% of recommended daily levels (RDA) of fibre. Much of this fibre is metabolically inert content which helps ease constipation problems. Additionally, dietary fibre binds to bile salts (a product of cholesterol) and decrease their re-absorption in the colon. It thus helps to decrease the LDL cholesterol levels in your blood.

The seeds are an excellent source of B-complex vitamins, such as thiamin, pantothenic acid, pyridoxine, riboflavin, niacin and folic acid. Poppy seeds also contain substantial levels of minerals like iron, copper, calcium, potassium, manganese, zinc and magnesium. Copper is utilized in the production of red blood cells. Zinc is a co-factor in many enzymes that regulate growth and development, sperm generation, digestion and nucleic acid synthesis. Potassium is an important component of cell and body fluids that helps controlling heart rate and blood pressure. Manganese is used by the body as a co-factor for the powerful anti-oxidant enzyme, superoxide dismutase.

Poppies are sacred to Hekate, whose task among others was to protect the family and city against evil spirits.

Dried poppy seeds, maanzaad (Moon-seed) in Dutch – contain small levels of opium alkaloids such as morphine, thebaine, codeine, papaverine etc.. When consumed in food, these compounds produce a minimal effect on the human nervous system. On the contrary, these chemicals have certain beneficial effects like soothing nervous irritability and pain relief. Extracts from poppy seeds are used in both pharmaceutical and traditional medicines in cough mixtures and expectorants. Poppy seed essence is used to enhance clairvoyant faculties and the ability to see aura’s.

Poppies are sacred to Hecate, whose task among others was to protect the family and city against evil spirits. In Russia people used to sprinkle poppy seeds on the grave of someone who was suspected of being a vampire, to prevent his etheric body from travelling in and out of it and visit the living at night. ♦