The Toad in folklore and folk magic

Toad folklore is found all over the world and going back for many centuries. In Europe they are in particular associated with witchcraft or the witches’ familiar. In contrast to the frog close to it, which is strongly connected to the element water, the toad is associated with the Element Earth, while the toad usually has masculine features, the toad is clearly feminine in its symbolism. 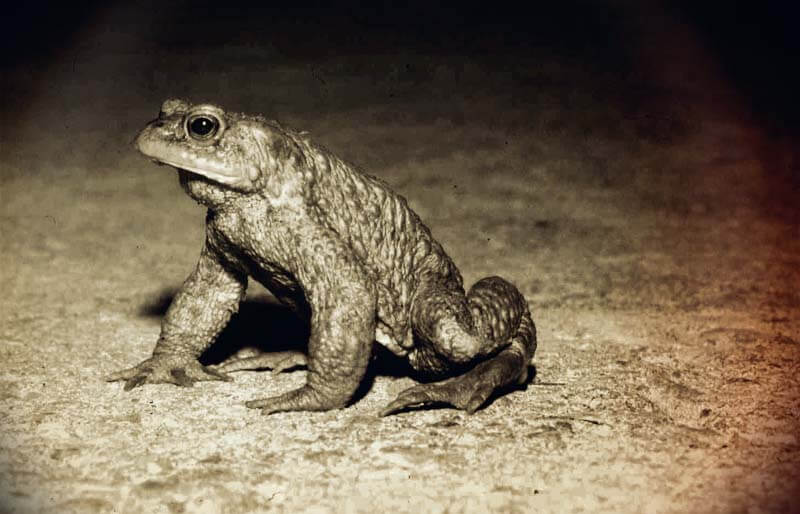 World wide the toad has folkloristic and magical beliefs attached to it.

Bringer of money and prosperity in China and Japan

In China the toad is also assigned to the yin principle: Its fertility is associated here with wealth, and the three-legged toad with a coin in its mouth is used as a money attractor in Feng Shui. Similarly, the toad is a symbol of happiness in Japan. Especially travellers like to use it, when they have to cross large areas of water. Toad-shaped amulets can be found in many Japanese wallets, as they hold the money together. In Europe toads – beside the snakes – were considered as guardians of hidden treasures. We too “keep our toads together”.

Birth and fertility in toad folklore

Even stronger than their symbolism of prosperity, the toad symbol is connected to fertility and to the womb. In ancient Greece and Rome toads and uterus were symbolically interchangeable. This continued as far as Central Europe in the Middle Ages, where the uterus was interpreted as an independent wandering being in the body.

In Catholic places of pilgrimage, which are associated with women’s suffering, one can sometimes still discover votive offerings in the shape of toads. In the Mexican language, the word “much” is used for both toad and uterus. Already with the Mayans the toad the birthing earth goddess often appeared as a toad and offerings were placed before to her toad-shaped cult statues. Only in ancient Egypt Heket was a male god with the head of a toad, although Heket also protected fertility and birth .

In the fairy tale “Prince Toad” the queen becomes pregnant by the sight of a toad alone and gives birth to to toads. In popular belief it was considered unfortunate to kill toads, because they we supposed to carry the souls of  children with them. A woman who wanted to become pregnant laid her hand flat on the ground in front of a toad. If the toad jumped in, this was considered a child blessing. In folk magic, young girls made men docile by giving them water to drink in which a toad had swum.

So the toad is ultimately a messenger of the earth, the great goddess herself. For the Celts, the three stages of development egg, tadpole and toad were considered a physical reflection of the triple goddess with her three aspects of wisdom (white), fertility (red) and transformation (death; black). The toad was considered the ruler of the land. In Hinduism, the toads are believed to have been charged with protecting the world, and they became above all the guardians of the thresholds. They guard the transitions of the stages of life and have a strong connection to the spiritual world.

The strong worship in non-Christian cults also caused the toad to meet with rejection. As a confidante of magicians and witches, the toad became suspect. Now she fell into the disrepute of dissuading travellers from the right way. As a threshold guardian she not only brought the children into this world, but also the souls of the deceased into the world beyond in the ancient Egyptian imagination. The toad was also associated with death and was considered a symbol of death in some places.

Medieval picture of toad and toadstones

The toadstone, also known as bufonite, (from Latin bufo, “toad”), borax and Krötenstein (German) is a mythical stone or gem that was thought to be found in the head of a toad. It was supposed to be an antidote to poison and in this it is like batrachite, supposedly formed in the heads of frogs. Toadstones were actually the button-like fossilized teeth of Lepidotes, an extinct genus of ray-finned fish from the Jurassic and Cretaceous periods. They appeared to be “stones that are perfect in form” and were set by European jewellers into magical rings and amulets from Medieval times until the 18th century.

From ancient times people associated the fossils with jewels that were set inside the heads of toads. The toad has poison glands in its skin, so it was naturally assumed that they carried their own antidote and that this took the form of a magical stone. They were first recorded by Pliny the Elder in the first century.

According to Paul Taylor of the London Natural History Museum: “Like tonguestones, toadstones were considered to be antidotes for poison and were also used in the treatment of epilepsy”. As early as the 14th century, people began to adorn jewelry with toadstones for their magical abilities. In their folklore, a toadstone was required to be removed from an old toad while the creature was still alive, and as instructed by the 17th century naturalist Edward Topsell, could be done by setting the toad on a piece of red cloth.”

The true toadstone was taken by contemporary jewellers to be no bigger than the nail of a hand and they varied in colour from a whitish brown through green to black, depending on where they were buried. They were supposedly most effective against poison when worn against the skin, on which occasion they were thought to heat up, sweat and change colour. If a person was bitten by a venomous creature a toadstone would be touched against the affected part to effect a cure. Alternatively Johannes de Cuba, in his book Hortus sanitatis, claimed that toadstone would help with kidney disease and earthly happiness. 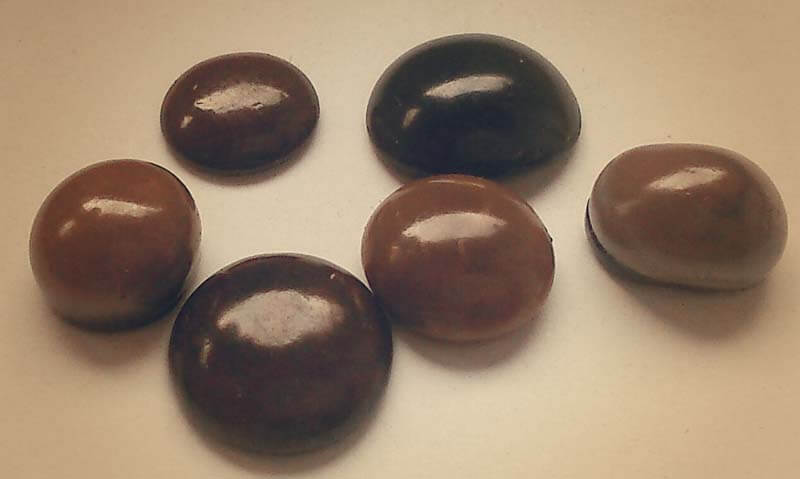