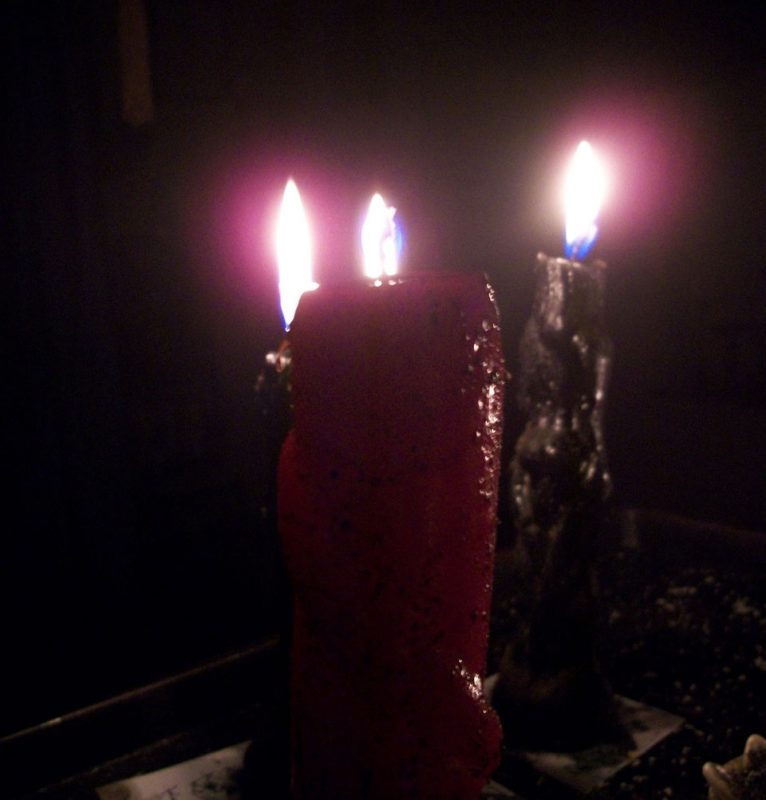 Voodoo is associated with African animism, spiritism, shamanism, magic, and witchcraft. However it is basically an African diasporic religion that came together from the traditional African religious practices of several tribes, some of whom were rivals, were forced to survive and depend on one another under the conditions of slavery.

These tribes included the Fon, Yoruba, Congo and even members of the native Taino Indians that survived in Haiti. They united their practices and created a ritual order or regleman to honour and give each tribe’s spirits their moment of worship. Their practices were also influenced through syncretism with French Catholicism. Evidence of this can be seen in the use of Catholic saint images to represent the Loa (spirits, also written as Lwa) honoured in Voodoo.

The most important Nanchons or families of Loa in Voodoo are the Rada or Radha Loa (the vudu and orishas of the Fon and Yoruba people), the Petro or Petwo Loa (the fiery spirits of the Congo) and the Guede or Gede Loa (the spirits of the dead). Veves, ornate cornmeal drawings laid out on the ground or on tables, are used to call the Loa in Voodoo, but not in Santeria.

Haitian Voodoo does have an initiated priesthood, but initiation is not a prerequisite for participation in the religion and the immense majority of Voodoo practitioners are non-initiates. Magical wanga and gris-gris are often used in Haitian Voodoo’s magic. Haitian Voodoo’s primary liturgical language is Kreyol, the local dialect of Haitian French.

African Voodoo or Vudon, has been less influenced than other forms of Voodoo because it is practiced in the place of its origination, yet Christianity’s influence, particularly Roman Catholicism, is significant.

Vodun cosmology centers around the Vodun spirits and other elements of divine essence that govern the Earth. A hierarchy that ranges in power from major deities governing the forces of nature and human society to the spirits of individual streams, trees, and rocks, as well as dozens of ethnic Vodun, defenders of a certain clan, tribe, or nation.

The Vodun are the center of religious life, similar in many ways to doctrines such as the intercession of saints and angels that made Vodun appear compatible with Christianity, especially Catholicism, and produced syncretic religions such as Haitian Voodoo. Adherents also emphasize ancestor worship and hold that the spirits of the dead live side by side with the world of the living, each family of spirits having its own female priesthood, sometimes hereditary when it’s from mother to daughter.

Patterns of worship follow various dialects, spirits, practices, songs, and rituals. A divine Creator, called variously Mawu is a female being who in one tradition bore seven children and gave each rule over a realm of nature – animals, earth, and sea – or else these children are inter-ethnic and related to natural phenomena or to historical or mythical individuals. The Creator embodies a dual cosmogonic principle of which Mawu the moon and Lisa the sun are respectively the female and male aspects, often portrayed as the twin children of the Creator. 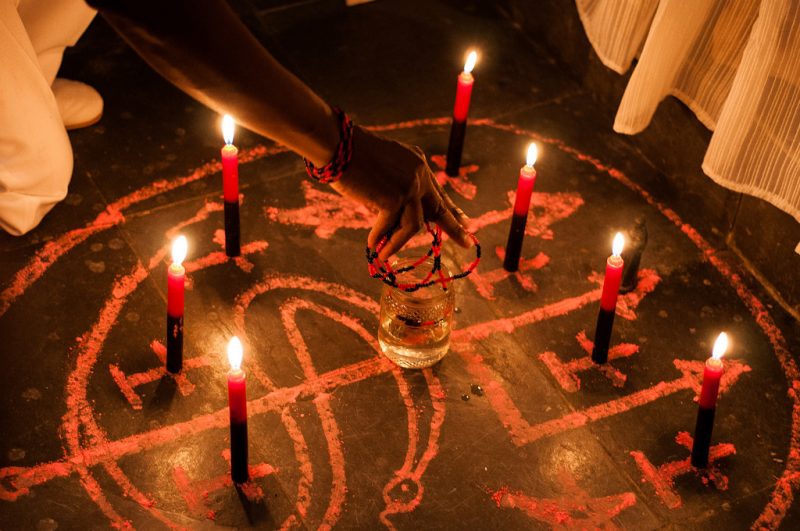 Louisiana Voodoo has been heavily influenced by French, Spanish, and Creole populations that lived in Louisiana; it has also been influenced by Christianity, especially Roman Catholicism. Voodoo was brought to French Louisiana during the colonial period by workers and from slaves from West Africa. From 1719 to 1731, the majority of African captives brought as slaves to Louisiana were Fon people from what is now Benin; other groups such as the Bambara, Mandinga, Wolof, Ewe, Fulbe, Nard, Fon (Dahomean), Yoruba (Nago), Chamba, Congo, Ibo, Ado, Hausa, and Sango (Hall) also brought their cultural practices, languages, and religious beliefs rooted in spirit and ancestor worship.

All of the groups were responsible for the development of Louisiana Voodoo. Their knowledge of herbs, poisons, and the ritual creation of charms and amulets, intended to protect oneself or harm others, became key elements of Louisiana Voodoo. Many Fon were also taken as slaves to the French colony of Saint-Domingue in the Caribbean Sea. New Orleans became famous for its Voodoo Queens.

Watch: Thousands of Haitian pilgrims gathered at the sacred Saut d’Eau waterfall on for a traditional ceremony to wash away their sins and pray for a better future:

Read also our related posts on Palo and Hoodoo and Umbanda, Brazilian Vodum and Santeria.

Marie Laveau and the Magic of New Orleans Voodoo Queens
Umbanda, Brazilian Vodum and Santeria
Palo and Hoodoo
Charms to avoid injuries and gain psychic power
Potent Clove and the power of Bluestone
Mami Wata
Voodoo amulets and their Loas