Marie Laveau and the Magic of New Orleans Voodoo Queens

There are thousands of Voodoo charms, spells and rituals for all kinds of practical purposes. Unlike much of the 20th and 21st century European magic, Voodoo is very practical and aimed at quick and concrete results. Marie Laveau was especially famous for her spell to influence a jury. 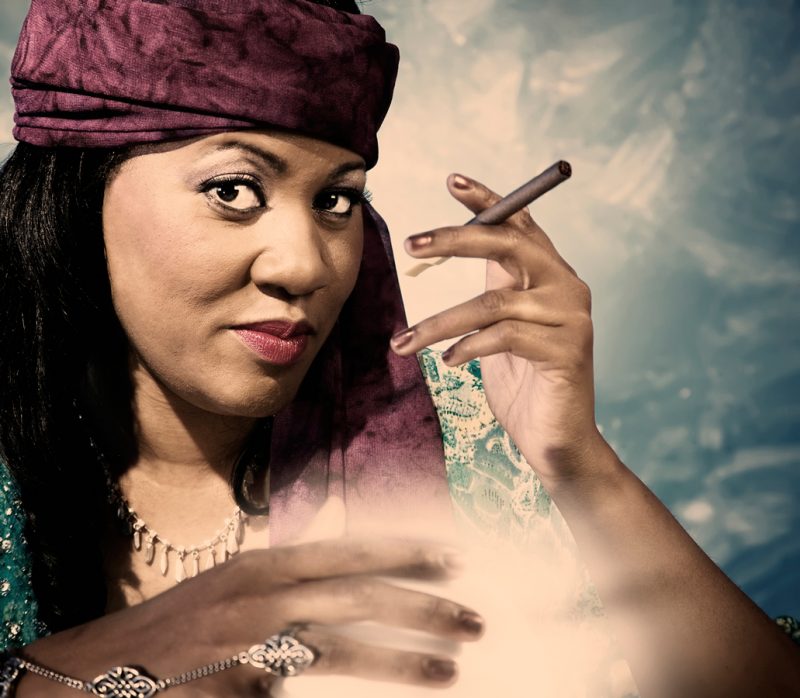 The traditional (and very white) discussion about black & white magic, places Voodoo a priori in the black category and most often for this very reason of Voodoo being aimed at verifiable effects instead of “The Great Work”, whatever that may be. (No one was ever able to explain this to me in the three decades, I study and practice magic and occultism myself.)

Some practitioners of Voodoo became very rich and powerful by means of the practical successes of their magical skills. Many of them were black women, living in times of extreme sexism and racism in one of the most sexist and racist parts of the United States. In many cases only Voodoo magic and its obscure reputation could free these women from the horrors of slavery and abuse like freedom restrictions, daily humiliations and being raped again and again by their church going and God fearing masters. Being feared for their Voodoo skills and power was a necessary part of their survival strategy for logical reasons.

When Haitian Voodoo was developed as a successful weapon against indescribable barbaric plantation owners, Voodoo magic and Voodoo as a religion worked in perfect synergy. In more recent times, and especially from the perspective of the customer who seeks the help of a Voodoo specialist, Voodoo magic is more often consumed isolated from the nature religion context, in which Voodoo has its roots. As a special kind of bullet effect magic, as it is called in occult circles.

We offer a collection of historical Voodoo-recipes for several practical purposes are part of the heritage of some of these controversial, but very strong, courageous and colourful Voodoo Queens. They all resided in New Orleans and in their days they were very powerful. Yet, apart from Marie Laveau, who even made it to a (very misinformative) Wikipedia page, most of them are forgotten. The charms and information on the Voodoo Queens we present, were largely based on some excerpts from the book Voodoo Charms and Talismans by Robert W. Pelton – published in New York in 1973.

Marie Laveau (probably born on September 10, 1801 and died on June 15, 1881 in New Orleans1) was a renowned French-speaking Creole and voodoo priestess from New Orleans, Louisiana.

Marie Laveau was born free in the historic Vieux carré français district of New Orleans, Louisiana. She is the daughter of Charles LaVeau, a free black merchant of African and French origin and a freed black woman, Marguerite Henry (known as D’Arcantel). Her great-grandmother came to New Orleans as a slave from West Africa in 1743 and her grandmother, Catherine, eventually wound up being bought by one Francoise Pomet: a free woman of color and successful entrepreneur.

On August 4, 1819, she married Jacques Paris, a freed black man like her, who had emigrated from Haiti. Their marriage certificate is kept in Saint-Louis Cathedral in New Orleans where they were married under the blessing of Capuchin father Antoine. He was part of the large Haitian immigrant community in New Orleans, who had fled the Haitian revolution of 1804.

The new immigrants consisted of French white planters and thousands of slaves as well as free black people. Those of African origin have contributed to the revival of Voodoo worship and the French-speaking world, accompanied by African rituals and ancestral cultural practices in the Black community of New Orleans. Jacques Paris died in 1820 under unexplained circumstances. Marie Laveau was once nicknamed the “Widow Paris“. 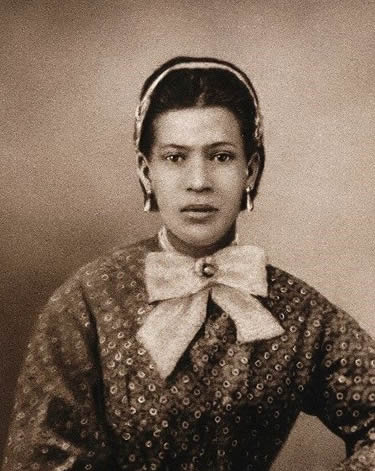 After Jacques Paris’ death, Marie Laveau became a hairdresser, visiting wealthy white families at home. She had a lover, a white Creole of French origin, Christophe Louis Dumesnil de Glapion, with whom she lived until his death in 1835. They would have had 15 children, some of whom were named Paris after her late husband and others who received the name Glapion, including Marie Glapion, also a voodoo priestess, who was called Marie Laveau as her mother after her death and later referred to as Marie Laveau II.

The one common thread in most of the stories about Marie II is that she was a bit more “wicked” than her mother. She was a proud woman who carried herself confidently and was by all definitions, an entrepreneur.

While it is still difficult to determine the histories of the two Maries in tradition, it is believed that the elder Marie was a dedicated practitioner of Voodoo. The younger displayed more theatrical rubrics by holding public events (including inviting attendees to St. John’s Eve rituals on Bayou St. John). “Laveau was said to have traveled the streets like she owned them” said one New Orleans boy who attended an event at St. John’s. It is not known which had done more to establish the voodoo queen reputation.

Marie Laveau I started a beauty parlor where she was a hair-dresser for the wealthier families of New Orleans. Marie Laveau embarked on divination, occultism and magic, however of Laveau’s magical career, there is little that can be substantiated, including whether or not she had a snake she named Zombi after an African god, whether the occult part of her magic mixed Roman Catholic saints with African spirits, or whether her divinations were supported by a network of informants she developed while working as a hairdresser in prominent white households. She appeared to excel at obtaining inside information on her wealthy patrons by instilling fear in their servants whom she either paid or cured of mysterious ailments.

Yet her fame was significant and went beyond the boundaries of Louisiana. She was considered a high priestess and a Voodoo mambo. She was nicknamed the Queen of Voodoo. She also owned “La maison Blanche”, a brothel where secret ceremonies were held.

She used magical powers to heal, to frighten and to hypnotize. She distributed gris-gris or talismans that acted as miracle remedies to deal with all kinds of situations. 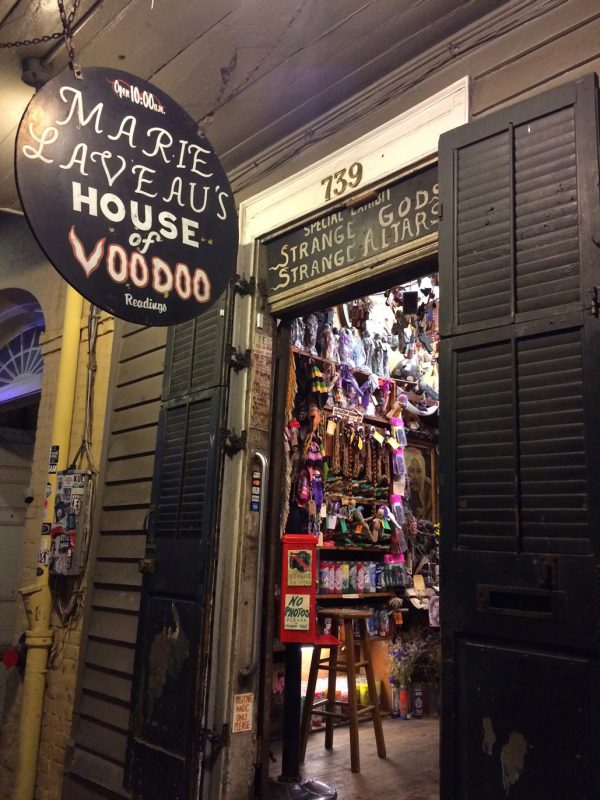 Marie Laveau: to influence a jury

This is one of Marie Laveau her long secret Voodoo spells. She has been credited with unbelievable success in dealing with all sorts of legal cases. Marie lived in an old unpainted shanty on Lake Pontchartrain during the 1830’s. She later was to reside in a comfortable cottage on St. Ann street, not far from Congo Square in New Orleans.

Her yard was full of banana trees and bamboo plants, and the cottage itself was beautiful. This residence, as well as a large sum of cash was given to her by a wealthy benefactor, whose son’s life she had saved at a rape trial. This St. Ann Street cottage was the place where Laveau conducted much of her Voodoo business, such as telling fortunes, selling charm bags (gris gris) and unhexing people.

> Sprinkle one teaspoon of Cascara Sagrada and blend them thoroughly together.
> Put this mix on a piece of fresh white fabric or parchment into a square, and hide it under your mattress, 7 full days before the test. Leave it untouched.
> Then on the morning of the court appearance, pull the packet out from under your mattress, and set it aside temporarily.
> Now take some of the John the Conquerer incense and mix it well with a pinch of Cascara Sagrada.
> Burn this on a lighted piece of pure Bamba Wood Charcoal.
> As it smoulders light the Success Candle and read Psalm 7 aloud.
> Then hold the previously prepared packet over the candle and burn it completely.

Just before the courtroom, put the Calendula Flowers in your pocket or purse, whatever the case may be. It is said the jury will be more inclined to be lenient. ♦