Money astrology and money magic have been used for centuries, often in combination. When a lack of money was the main obstacle, money magic can be a most effective way of getting your life back on track. Here we start with information for the advanced and end with a method for starters. In preparation of some practical magical instructions, for a maximum chance of succeeding, we first pay attention to the proper time-space-consciousness conditions. 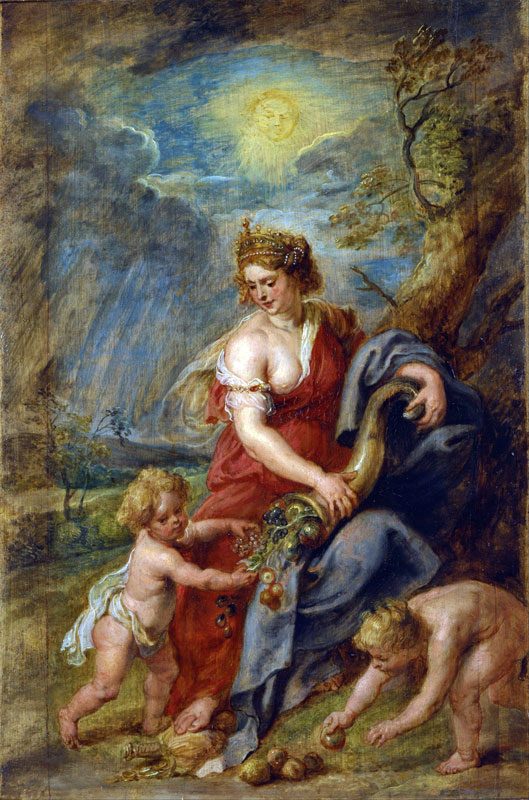 It all starts with self integrity: in magic, the direction of the small (personal) will or Kadar, as the Sufi’s call it, has to be fused with the Big Devine Will or Kaza. This can only be done properly when the magician is 100% honest, free from imposed illusions, fears, spiritual nonsense and decorum; in other terms, when he or she has reached a status of absolute self-integrity. The planet Orcus rules this faculty.

Another important quality, necessary for success, is the mental ability to concentrate will, concentrate a vivid imagination, release the magical command (directionism) and immediately forget it. Only when implanted into the unconsciousness at point zero, the released vibe can start the manifestation process. By the way, imagination differs substantially from visualization. The latter is restricted to visual imagination, where the former uses all the senses – so always use imagination instead of visualisation. Chaos-magicians know this very well and a skilled chaos-magician went through a stringent training process before his or her magic started to give off results.

Unfortunately the more orthodox camp of the chaos-magicians is still neglecting the kairotic forces and their influence on the magical agent or sphota. Kairos is a Greek term for proper time, proper place i.e. the proper moment. One could also translate it with qualitative time in contrast to quantitative or linear time (chronos). It is, and has been for millennia, this kairos-factor which is calculated by astrologers or astro-magicians. Once it crucially supported mainstream magic, as we may conclude from the 100% astro-magical work of the Picatrix, a book which inspired Henry Cornelis Agrippa.

In the old days, there were only a few astrological factors of importance in relation to money, riches and abundance. Signs related to these keywords are Taurus (possession), Leo (riches), Scorpio (big funds), Sagittarius (expansion). Money-degrees are the 5th degree Taurus and the 16th Aquarius. (See Notes at the end of this article.) Money houses are 2 (money, income), 5 (money by gambling, creativity, enterprise), 8 (money funds of others, taxes), 11 (lucky house). The 6th house also relates to money, but money earned by hard work, just like the sign Aries earns money by taking initiative, action, doing: enterprise. The most favourable planets were Jupiter and Venus, especially in connection with the Moon (in the proper sign, degree etc.).

One very important factor, even recognized by the more conservative chaos magicians, is the course of the Moon. The Moon has to be direct, and magic performed during the Void of Course period (VOC) is futile, due to the total absence of form. Moon VOC is the period between the Moon’s last major aspect with a major planet and the moment Moon enters a new sign of the Zodiac. Major aspects are conjunction, opposition, square, sextile and triangle. Additional: in basic money-magic the Moon should always be waxing.

Today we can use additional astrological factors in both money astrology aka (Picatrixian) magic. This because of the fusion astrology with the digital evolution and new data on newly discovered asteroids and other objects. Some important newcomers related to money are the following:

Act normal in every aspect of the ritual. Entities don’t give a shit whether you are dressed up like some of Harry Potter’s teachers or talk weird, but usually reward only someone who is real.

Money-astrology and money magic the Picatrixian way can be combined with the classical chaos magical routine, or with the combination grimoires and amulet-sigil. For example: One of the best Goëtic entities to work with in this context is Bune. The sigil for Bune is best prepared in white ink on black Elephant-dung paper (special paper you can buy in a shop selling art supplies). Use one of the two sigils of Bune in as described in the Goëtia. Then calculate the proper time for activation. Your personal horoscope should not be plagued by negative transits of planets, still lasting some weeks, and preferably, you should have good transits of Venus or Jupiter. When using asteroids in money astrology, calculate the minute and second exact moment for Bim or Cornucopia to conjunct the Ascendant.

Not your own but the actual Ascendant of the moment. On that moment ask the spirit Bune for a specific amount of money within a specific time frame, and activate the sigil with a drop of blood or sexual fluid. Keep this sigil with you all the time and communicate to it as if it were a human being, and without liturgical bullshit. Act normal in every aspect of the ritual. Entities don’t give a shit whether you are dressed up like some of Harry Potter’s teachers or talk weird, but usually reward only someone who is real.

Warning: working with Goëtic entities can be very dangerous and should only be performed by a very skilled magician or witch, able to remain in a vajrayana state. Anyone who has difficulties in sealing of its sensitivity, or who just has a low energy level, should leave the Goëtia or any grimoire alone, as all kinds of obsession problems and energy disruptions in the body may result from it.

In case of working with Bardonian genii, the sigils are drawn on the exact moment their genii-degree conjuncts the Ascendant. When the sigil is ready, one just askes for help. Many genii however will ignore the magician until the initiation of the Lord of Genii, Ashmunundai is contacted and his two highest servitors Aladiah and Kolorom. A genius is then summoned in the name of Ashmunundai, Kolorom and Aladia. One should explore some of the inns and outs of Adonism first.

Petitions to the Angel of Jupiter are also used in money-magic. Mostly Sachiel is used. A description can be found in David Goddard’s Sacred Magic of the Angels. This is a strong indirect astrological based form of psychospheric magic, working with either a sigil or a written petition. Many Jupiter-sigils can be found in many grimoires. These sigils may work because of a thought form attached to it, programmed unconsciously with the specific task of bringing money or an increased income.

Safe money magic for beginners (without spooky or complex stuff)

What if you are broke and lack a background of magical and astrological expertise and skills? Well the simplest way of money magic (and without the spooky stuff) is basic chaos magic. Write down on a piece of paper in capitals, for example:

Instead of using a paper sigil, you may also use the sound HYRO; however a sound is often more difficult to forget than a sigil. The procedure is the same. ♦


Note:
Description of the genii Nasi and Capipa, taken from Franz Bardon’s Practice of Magical Evocation: