The Testament of Solomon, Apocrypha and Pseudepigrapha 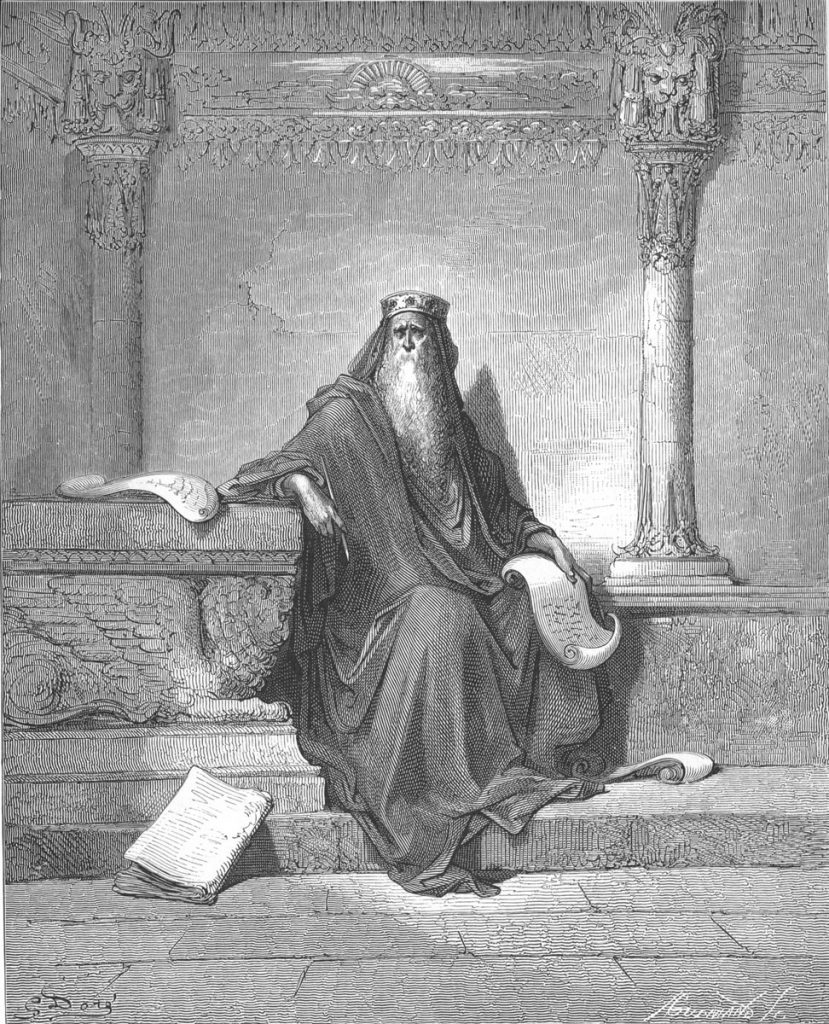 The ‘Testament of Solomon’ belongs to a series of Jewish writings from the Second Temple Period on biblical items and/or figures which were excluded from the Hebrew Bibel (Tanakh, Tenach); these writings are known as the Apocrypha and Pseudepigrapha.

The Apocrypha (“hidden books”) are Jewish books from that period not preserved in the Tanakh, but included in the Latin (Vulgate) and Greek (Septuagint) Old Testaments. The Apocrypha are still regarded as part of the canon of the Roman Catholic and Orthodox churches, and as such, their number is fixed.

Pseudepigrapha (“falsely attributed”) are Jewish scriptures of the same period, which were attributed to authors who did not actually write them. The Pseudepigrapha were written by pagan authors, and names drawn from the repertoire of biblical personalities, such as Adam, Noah, Enoch, etcetera.

The Pseudepigrapha were not included in the Bible, Apocrypha, or rabbinic literature, and although they resemble the Apocrypha, Christian opinion leaders did and do not regard them as God inspired books.

The best known Pseudepigraphic work is the Book of Enoch. This is also the oldest of all Jewish works not included in the Bible. It was written in the third or the late fourth century BC. The oldest copies of the Book of Enoch were discovered among the Dead Sea Scrolls.

The Testament of Solomon

The Testament of Solomon is the only true grimoire of the series of Pseudepigrapha and Apocrypha. See this small extract from the text concerning some of the demons from a long listing, with instructions how to control them:

The twenty-ninth said: “I am called Anostêr. I engender uterine mania and pains in the bladder. If one powder into pure oil three seeds of laurel and smear it on, saying: ‘I exorcise thee, Anostêr. Stop by Marmaraô,’ at once I retreat.”

The thirtieth said: “I am called Alleborith. If in eating fish one has swallowed a bone, then he must take a bone from the fish and cough, and at once I retreat.”

The thirty-first said: “I am called Hephesimireth, and cause lingering disease. If you throw salt, rubbed in the hand, into oil and smear it on the patient, saying: ‘Seraphim, Cherubim, help me!’ I at once retire.”

The thirty-second said: “I am called Ichthion. I paralyze muscles and contuse them. If I hear ‘Adonaêth, help!’ I at once retire.”

The thirty-third said: “I am called Agchoniôn. I lie among swaddling-clothes and in the precipice. And if any one write on fig-leaves ‘Lycurgos,’ taking away one letter at a time, and write it, reversing the letters, I retire at once. ‘Lycurgos, ycurgos, kurgos, yrgos, gos, os.'”

The latest of the Apocrypha and Pseudepigrapha

The latest of the Apocrypha and Pseudepigrapha are the Apocalypses of Ezra and Baruch, written in 70 CE. Some of the apocryphal works were known in Jewish tradition throughout the Middle Ages, not necessarily in their full texts, but in shortened and retold versions.

Thus, versions of the Books of Judith, Ben Sira, Maccabees and parts of Wisdom of Solomon were familiar to Jewish scholars. However, these works never achieved wide acceptance in Judaism and remained curiosities.

The Testament of Solomon could be the oldest of all classical grimoires. The work is one of the so called Pseudepigrapha and should therefore be dated somewhere before the middle of the first century AD, according to the latest research. The book was written in Greek, but most likely the Greek version is a translation of an older version in Hebrew.

Testament of Solomon sums up a list of demonic decan rulers of the Zodiac and provides the method or the invoked angel they can be countered by. This relation between decans and demons or their angelic counterforce is emphasized. Interesting is the relation between the decans and physical complaints.

Especially if we compare this text with those of contemporary medical astrology. See Reinhold Ebertin, Enzo Venosta or H.L. Cornell:

The document was translated and first published by F.C. Conybeare in the Jewish Quaterly Review of October 1889. Possibly it is the first text that mentions the use of the pentagram (pentalpha) for protection against the evil forces. 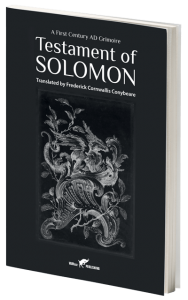 Interested? Support our 200% independent bookstore and buy at VAMzzz!