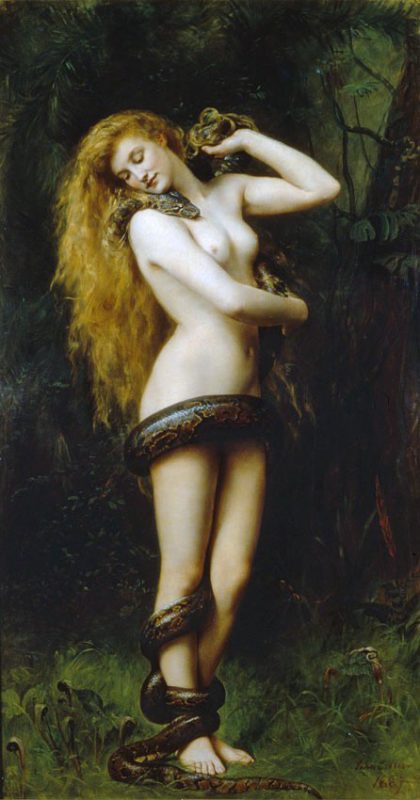 Serpent worship can be found all over the world and is centuries, even millennia, old. The serpent, or snake, is one of the oldest and most widespread mythological symbols. The word is derived from Latin serpens, a crawling animal or snake. Snakes have been associated with some of the oldest rituals known to humankind.

In religion, mythology, and literature, serpents and snakes represent fertility or the creative life force. As snakes shed their skin through sloughing, they are symbols of rebirth, transformation, immortality, and healing. The ouroboros is a symbol of eternity and continual renewal of life. In the Abrahamic religions, the serpent represents sexual desire. According to the Rabbinical tradition, in the Garden of Eden, the serpent represents sexual passion. In Hinduism, Kundalini is a coiled serpent, the residual power of pure desire. Serpent worship represents one of the most primordial and ancient forms of spirituality in the evolution of religions all over the world.

Dangerous Journey (1944) SCENE DESCRIPTION: “The explorers leading the expedition travel to the small village of Kenzi, where only priestesses are allowed to tend to the living king cobras that are the embodiment of Naga, the Snake God of Fertility. After anointing herself with a sacred powder, a priestess lures a cobra out of his cave and then kisses his head three times to prove her domination over the dangerous creature. Despite the fact that two of her comrades have been killed during the ritual, the priestess shows no fear and accomplishes her goal.”

Ophiolatreia – Rites and Mysteries of Serpent Worship is one of the most substantial and complete books written on this subject. It was published anonymously in London in 1889 by the Freemason and Rosicrucian Hargrave Jennings. In several voluminous works, Jennings developed the theory that the origin of all religion is to be sought in phallic worship of the Sun and fire, which he properly called “phallism.” Ophiolatreia is just one of its expressions. Unlike many modern authors, for whom he word “phallic” implies the penis, Jennings used the word “phallic” in its non-gendered sense, meaning “relating to the sexual organs”.

Hargrave Jennings (1817-1890) was a British claeric, a Freemason, Rosicrucian, author on occultism and esotericism, and amateur student whose studies of comparative religion played an significant part in the evolution of Western involvement in sex magic.

Besides covering subjects such as Rosicrucianism, Hinduism, and Buddhism in his books, Jennings drew on the works of predecessors, such as Richard Payne Knight (The Worship of Priapus), to make up his theory that all faiths, including Christianity derive from in ancient phallic worship. For this reason, in addition to citing examples of religions which featured worship of the male genitals, he examined those in which the worship of the female genitalia and the worship of human sexual union were practiced. 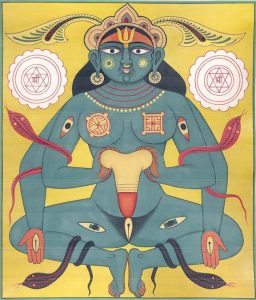 Mahadevi or “Great Goddess” is the goddess or devi that is the sum of all other devis – an all-encompassing female deity as the consort or complement to an all-encompassing male deity. She is often identified with a specific goddess, the most common being Durga, Parvati, Adi Parashakti, Kali or Mahakali.

Jennings did not limit his description of phallic religions to representations of the genitals or the coitus. He also wrote extensively on the human tendency to utilize natural things, such as snakes, the Sun, fish, and fire as symbols of phallism and was ahead of Sigmund Freud in relating phallism to specific kinds of sacred structures that had a phallic character, including megaliths, obelisks, wells, and the round towers of Ireland. His line of work with these issues might seem rather provocative for a Christian minister in Victorian England, but Jennings saw no moral contradiction between reading the Bible and writing about Lingam-in-Yoni artefacts from India.

Along with the teachings of his friend Paschal Beverly Randolph, Jennings catalysed the new exploration of sex magic in the late nineteenth and twentieth century. Madame Blavatsky disagreed with Jennings’ thesis of phallism being the origin of all religion: “It is quite true that the origin of every religion is based on the dual powers, male and female, of abstract Nature, but these in their turn were the radiations or emanations of the sexless, infinite, absolute Principle, the only One to be worshipped in spirit and not with rites; whose immutable laws no words of prayer or propitiation can change, and whose sunny or shadowy, beneficent or maleficent influence, grace or curse, under the form of Karma, can be determined only by the actions–not by the empty supplications–of the devotee. This was the religion, the One Faith of the whole of primitive humanity.” (H.P. Blavatsky, Buddhism, Christianity And Phallicism). 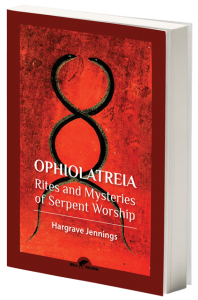