Will Joe Biden’s inauguration lead the U.S. into a civil war?

On January 20, 2021 at the usual time, the first U.S. President who, according to his rival Trump, ‘won’ the elections only by fraud on a truly industrial scale, who is obviously selling the U.S. to the Rockefellers, Bill Gates and the World Economic Forum (Build back better.), who thought he was in Idaho when speaking to his voters in Iowa and thought he was in Iowa while speaking to his voters in Idaho, has his inauguration. Any professional astrologer wil ask himself: Who the f**ck picked that date and moment?! … 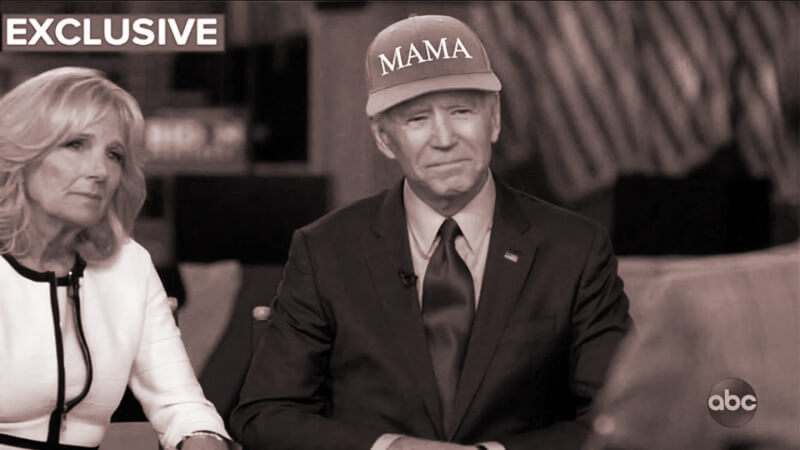 The Inauguration of Joe Biden takes place on the worst (or best) astrological moment ever.

Could it be worse? Probably not if you love to see Kamala Harris or Klaus Schwab in charge of your life and children’s near future. Or couln’t it be better? No, probably not if you’re a Republican or free thinking citizen, living somewhere else on our beloved planet Earth…

I mean: assuming for a moment that the inauguration date and time was pinned down by the Biden/Harris camp; if you don’t include the Moon-phase then you are acting like an unguided missile. If the Moon is in a wrong position, then the baby is thrown out with the bath water. 9/11 For exampe, was carried out during a Moon void of course and ended in an unprecedented mess without the 1998 PNAC-strategy achieving its goals: (a global totalitarian American control of world trade, military power and politics in the 21st century).

Joe Biden as a marketeer for the World Economic Forum-agenda

Joe Biden is also having his inauguration during Moon void of course. I do consider this of great interest to the rest of the world because Biden/Harris are openly prostituting themselves for the insane agenda of the World Economic Forum, which even includes the goal of abolishing private ownership by 2030.

Not really of course because the World Economic Forum aka the largest collection of multinationals/tax evaders in the world confiscates your property for their own ideological/economic benefit – camouflaging their theft nicely with brochure texts focused on sustainability and justice for the poor.

All to create ‘a better world’ (Build back better!) than the one they themselves have ruined decades after decades. (‘The poor’ in our world exist mostly due to the same tax evaders who now want to confiscate all your belongings by the year 2030.) And all to hook us – for our health, among other things – up to the most carcinogenic network ever created: the 5G network to make vaccination passports work.

After all, even our bodies too will no longer belong to us, but to Bill Gates and the EU-backed vaccination lobbies and high-tech biometric tracking gadget lobbies. They also own our thoughts, because if you don’t agree with them then the digital isolation ghetto awaits or you get hit in the face with a truncheon, as some unfortunate people in Amsterdam experienced on January 17, 2021 on the world famous Museumplein in the Netherlands. 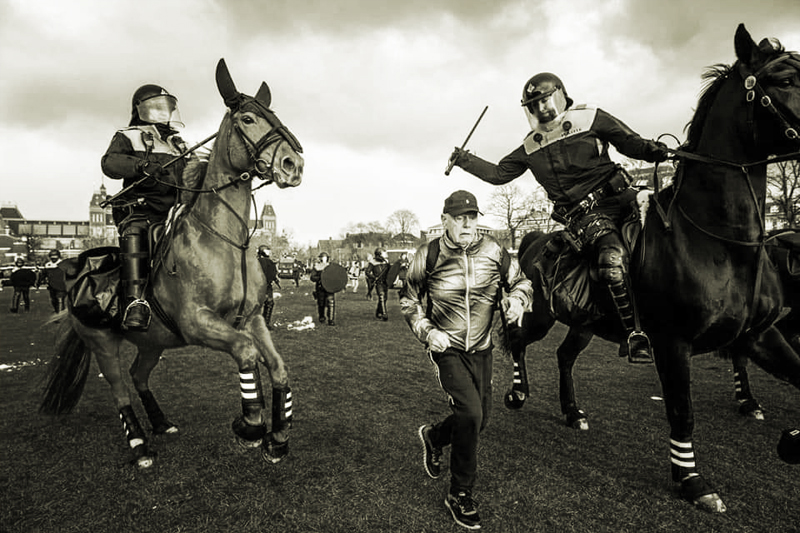 Amsterdam January 17, The Netherlands: Independent thinking man receives blow by order of mayor Femke Halsema as a punishment for refusing to be brainwashed or held hostage in the interests of the WEF, the vaccine and 5G lobbies and Bill Gates.

Moon void of course cancels growth and force of form

Moon void of course cancels the form and growth power of any started process during this period (which occurs about every two days) and makes them go haywire. Even Apple computers have an option by which you can check if the Moon is void of course.

If it were only the Moon VoC on Januari 20, I would not have dedicated a small article to Biden’s inauguration, but there is more to it. I’ll put the data here and explain the astrological data in proper English:

Moon 28 ar 47’56” Moon opposite Toro 28 li 21’47” – Can in combination with the rest of the inauguration chart certainly work as a violence trigger, especially against the background of the prolonged 2020 horoscope- patters and the 2021 horoscope. Toro – Violence, out of control energy, accidents.

Summary: Joe Biden’s inauguration may easily lead the U.S. into a civil war

In plain English, Joe Biden could not have been assigned a worse (i.e., no better) day and time for the inauguration. Indeed, none of the plans of the Democrats/Plandemicers/ will take substantial shape. Does not mean that the rest of the planet – for which this election, because of the Reset plans of the World Economic Forum, is so crucial – is immune from further problems. On the contrary. The Reset depends on the participation of the U.S. – not only formal but especially in practice.

Everything about the inauguration date – from the astrologically point of view – points to an exceptionally high potential for violence and conflict. This could erupt as early as January 20, but could also – because of the Moon being void of course – be spread out over the period thereafter. In the worst case scenario – and God forbid – the threat of a civil war or mass outbreak of violence across the country in the U.S. has never been higher than on January 20, and this will then certainly leave its mark globally. Praying for the return of common sense would not be a bad idea…