The 2022 horoscope is brought to you as the conclusion of an astrological trilogy. In 2019, I predicted a war-like situation for 2020 with extreme web and media censorship and many whistleblowers coming out from within the system itself. This prediction hung essentially on a square that Eris made from Aries with a cluster Arawn/ Saturn/ 2001 KF77/ Pluto/ 2001 XA255 and the conjunction of Sun with the disinformation Plutino 1998 HK151. High-tech dwarf planet Makemake (rules over satellites, viral infections, genetic engineering and the vaccine industry, among other things) was square Jupiter (pushing through meets resistance). 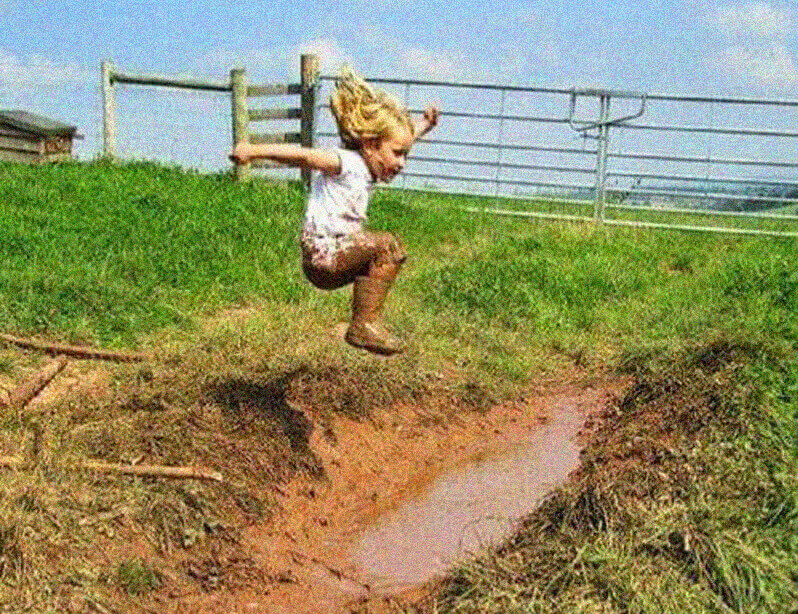 Since World War I showed a similar horoscopic pattern of Saturn/Pluto square Eris, I knew that something was going to be very wrong in 2020. The epicenter of this square aspecting for 2020, unlike World War I, was not the civilian sign of Cancer, but the political system sign of Capricorn, with a transit of Pluto through Capricorn in itself causing political upheaval.

For 2021 I predicted a stalemate between unindoctrinated, independently thinking citizens and governments that would exercise their repression with increasing aggression. This was directly visible in the hard opposition Moon in Leo (people) to Saturn/Jupiter (politics and judicial – and ecclesiastical – power). Interesting about the latter is that not only the bulk of all judges, but also the Pope betrayed every citizen. The irritation would increase and the lying machine – with Gates, Schwab, the Eurocommissionars and the Rockefeller Foundation holding the steering wheel – would continue to run at full strength (Sun again conjunct 1998 HK151), but also the exposure of those lies would continue. 2021 would further be a year that would separate the terminally frightened obeyers from the confident. I wrote: “Apophis on the Ascendant means that the world sphere will be strongly marked by fear again this year, and this aspect reinforces the Moon opposition Saturn. Because of the conjunction Saturn with an outgoing Jupiter, the credo here is: When the going gets tough the tough get going! This year will really separate the men (M/F) from the sissies (M/F).”

The 2022 year horoscope indicates that a patch of blue may appear in the dystopian gray, with a warning concerning Taurus and Libra

The latter will be even more true for 2022 because after the overwhelm year of 2020 and the stalemate year of 2021, a piece of blue may now appear in the dystopian cloud cover.However, this piece of blue aka liberation will be fought for and in the process governments and their insane supporters will act even more inhuman, irrational, harsh and aggressive than in the previous two years. New Zealand and Australia already apply repression methods ungeard of in the free world since nazi-Germany. Austria could be the testing ground for the WEF-invasion in Europe. Austria is traditionally ruled by Taurus and Vienna by Libra.

So the position of Venus should than be crucial. Venus is in Capricorn, which freezes many Venusian expressions, and conjunct Arawn (gloom), Amycus (psychopat-Centaur) and Pluto and squared by Eris (strive/war – almost minute exact), Sethos (curse), Bateman (sadism), Machiavelli (power in charge) and opposed by 1998 VG44 (state lies), Amsterdam (refers forensic to city of/or tax-avoidence mecca Amsterdam), Townsend (depression, gloom) an 2001 SQ73 (fiery argumentation, pumping flows of pressure). People born under Taurus or Libra should take up some radical self induced transformation this coming year in order to transform in a positive sense the “elektric current” of this rare Venus aspectation. Countries under Taurus or Libra are especially vulnerable to corporate/government induced violence and violence of human rights.

Sun trine Uranus in favor of the free citizen

Sun is in exact trine with Uranus/Albion. This aspect can work out positively as liberation, building new bridges. Theoretically this aspect is favorable for the non-indoctrinated population worldwide and unfavorable for the political-economic-financial elite behind the repression. Indeed, Uranus is also exactly square to the planet that represents them: Saturn. 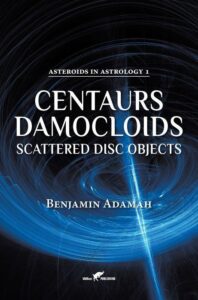 For the third time whistleblower-Centaur 2001 KF77

Then the Whistleblower-Centaur 2001 KF77, which has always played a role in this astrological trilogy, makes an exact trine to the Ascendant. Mondain, the Ascendant is the physical world itself. 2001 KF77 is conjunct with the abundance-Centaur 2001 BL41. This translates to “abundant whistle blowing” and since it still continues to build on the astrological plot of 2020 when 2001 was in Capricorn conjunct Saturn, once again people from the repressive system itself will rise up here and speak up because of conscience. 2001 KF77 is right in opposition the Centaur Cyllarus (here forces that want to discriminate, create pariahs)

However, Uranus/Albion trine Sun can also turn negative, driven by square Saturn and stimulate accelerated implementation of Internet repression methods, such as the digital ghetto of QR codes and the g2 system.

Because the disinformation Plutino 1998 HK151 is on the Diamond, fake news and government indoctrination will reach new heights of ridiculousness to the level of complete hysteria.

Neptune and Nessus in 6 are again in the “wrong house” this year, as Neptune in 6 stands in part for infections and viruses and the virus-trade by the pharmaceutical industry. Nessus is a Centaur who deals with rape, sexual assault, blood diseases, burglary and forcing boundaries. Nessus is in 6 in Pisces in hard square on a conjunction Moon/Mars in the second house in Sagittarius. Financial blackmail of critics of the vaccination system and the fable behind are possible. Also: the plaaned totalitarian linking of bank accounts to medical records or even personal behavior (Chinese system) may be activated.

This aspecting can lead very well to mandatory vaccines which will lead to violent resistance, since Moon (the people) is conjunct with Mars (courage, fighting, violence, self-will). Nessus always played a role in this trilogy. It is striking that many vaccinated people are now forming blood clots, mainly due to graphene in the vaccines, of which it is already known through some 50 studies that graphene is hemotoxic and causes blood to clot. On Dutch mainstream news people were already trying to convince people that the cold winter weather could cause blood clots (!). This as a foretaste of the disinformation hysteria that will increase further in 2022.

Nessus is square Mars and conjunct Okyrhoe. Okyrhoe is a Centaur that shifts things into a higher gear. This can work out either in the form of accelerated compulsory or militarily organized mandatory vaccination or for a change a real pandemic, but as a result of blood clots (nessus = blood diseases) or one that results from the fact that in people with two or more mRNA -vaccines,  according to independent doctors and specialists, the entire immune system is broken down or disappears completely, which amounts to the same kind of status as HIV, so that any innocent virus can no longer be resisted. 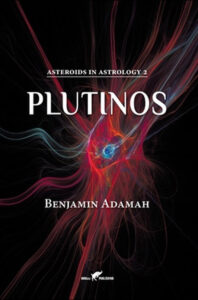 The Sun is conjunct with the highly explosive and violent asteroid Toro in the 2022 New Year’s horoscope. Neoptolemus, the instigator of strife is 5 Taurus 41 in exact trine with Pholus (abrupt inspired stability subversion); square Varuna (world news) and opposition Rhadamanthus (right). Bringing people to their feet financially through new laws will almost certainly lead to violent uprisings here.

About the Moon (people) I already reported that it is conjunct Mars. Moon is also in the phase of Declining Crescent. This makes people feel extra the heaviness and burden of the past in 2022, as well as the realization that this past must be rejected in order to become free, if necessary through sacrifices. With regard to the future, the 1 minute to 12 and “all or nothing” aka “now or never”-feelings permeate more strongly than in the previous two years. This makes the situation all the more explosive. Then the Moon/Mars conjunction is square to Orcus (the violation by politicians of promises made will be tolerated even less than it already is) and square 1999 RA215 (violent political attacks).

horoscope 2022: the conclusion – Continue to stand up for human decendy, whatever happens!

2022 May become the year of liberation and the collapse of the card-house of lies, but in the horoscope 2022 there is a life-threatening potential for crude and explosive violence. Liberation is indicated by a beautiful Uranus-Sun trine, and the planet of liberation, Uranus is on the side of the independently thinking citizen. However, because it is square to Saturn, the system will start to bite like a cornered rat. I therefore consider the probability of violent confrontations very high and almost unavoidable. Rhadamantus square Varuna, indicates that (a) very large courtcases() will temporarily dominate the world news.

The biggest task for the civilized humane part of the world is to parry the ridiculous new flood-strategy of brainwashing, no matter how ridiculous and panic-footed it will be to push through this insane war against civilization and common sense by Klaus Schwab the like. This is represented in the horoscope by 1998 HK151 on the Diamond in the 3rd house and Typhon (fighting to the extreme) on the cusp of 3 (for The Hague/Netherlands) in exact trine on Neptune in Pisces in 6 (vaccines) and 1999 TD10 in Cancer in the 10th house ( 1999 TD10 = invasion, but invasion can go two ways here. Cancer symbolizes the people, the 10th house in mundane astrology the state, government, establishment). So there is the need to parry yet another pressure wave of indoctrinations with a counter pressure wave.

Ceres (food supplies and provisioning) is dangerously on Sedna which can cause degradation, scarcity and famine in this area and also blindness to hunger in those places in the world which are not considered interesting or detrimental to the big agenda by the mass media. Pluto in Capricorn (Don’t be absurd!) squaring the Jupiter-Trojan Achilles in Aries (feeling unappreciated, not valued enough) indicates that it is not done for the free citizen this year to sit in the victim role no matter what happens or what the circumstances are.

The citizen has this year to act as a self-conscious predator, not violent, but transcending all in intelligence, humanity and above all assertiveness. This is sec astrologically the only chance to get rid of rotten mainstream media at the behest of parasitic politicians, (in short, the orchestrators of senseless dystopia, economic malaise and legalized child mutilations) and start a humane new beginning. The horoscope in general this year is more favorable to the aspirations of the free citizen than to the system and those who serve it. Any fear and mindless obedience should be laughed at.

horoscope 2022: the critical periods in 2022 when there is an increased level of tension

The calendar below is based on the classic planets Mars, Saturn, Uranus, Neptune, Pluto, and I included Sun because of the conjunction Sun/Toro. The Moon is included because of the fact that the Moon represents the citizen, versus Saturn, the government/system. In particular, where Mars makes contact with Saturn, Uranus or Pluto or vice versa, strong tensions occur. Especially with overlapping dates.